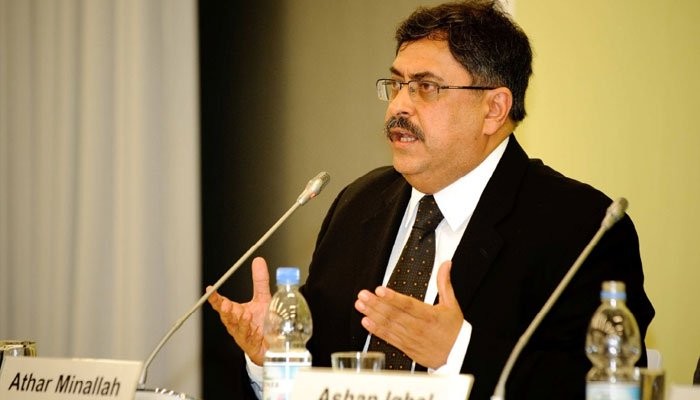 The Islamabad High Court (IHC) on Monday set aside a petition seeking an inquiry into whether the coronavirus spread in Pakistan due to lax controls at the quarantine center established in Taftan, with its top judge saying that this was not the time to suspect the intentions of the state.

Opponents of the government have criticised it for “not doing enough” to quarantine pilgrims returning from Iran at a makeshift facility established in Taftan, Balochistan. A number of conspiracy theories have also been floated to scapegoat Special Assistant to the Prime Minister on Overseas Pakistanis Sayed Zulfiqar (Zulfi) Bukhari, who has been accused of helping pilgrims bypass the quarantine.

IHC Chief Justice Athar Minallah, in his three-page order, noted that the federal and provincial governments were working hard to deal with the coronavirus emergency.

The order emphasised that it was the duty of every citizen to act responsibly “in these uncertain times”.

“This is not the time to suspect the intentions of the state and get involved in differences,” the IHC CJ urged in the written order. He also added that it was not right to divert the rulers’ attention from the coronavirus threat.

“The coronavirus challenge can only be dealt with unity and consensus. The petition cannot be heard due to unnecessary disputes and under Article 199 I cannot give orders for an inquiry,” Justice Minallah said in the order.

The IHC CJ had previously noted that in the current times, the importance of trusting the state has increased.

“Division amongst ourselves is not in the interest of you and this court,” Justice Minallah had earlier remarked while dismissing the petition during its hearing.

He added that the war against coronavirus could only be won by forgetting our own differences and uniting against the common threat.

The petition to form a judicial commission had been filed by civilians. It had requested the court to investigate the government’s alleged incompetence in bringing back pilgrims from Iran through the Taftan border.

The plea had asked the court to investigate the role of Zulfi Bukhari in the matter.

Many media outlets have blamed Bukhari for his alleged influence over the Balochistan government to allow the pilgrims from Iran to enter Pakistan.

The accusation was dismissed by Bukhari in a series of tweets in which he denied any involvement in allowing pilgrims to enter the country.

“To all the ‘so called’ journos that are lying based on their personal agendas: no influence was used by me or any other PTI leader – which isn’t even under federal control,” the special assistant had said.

“There’s a time & place for yellow journalism antics & this isn’t one,” he had lashed out. “Your divisiveness won’t deter me or the gov in fighting this global crisis.”

It bears mentioning that senior ministers and advisors have already explained on the record that Pakistani citizens were evacuated from Iran because Iran, which has been devastated by painful economic sanctions and the coronavirus, simply did not have the capacity to treat them with its very limited resources.