Supreme Court to give opinion on open ballot today 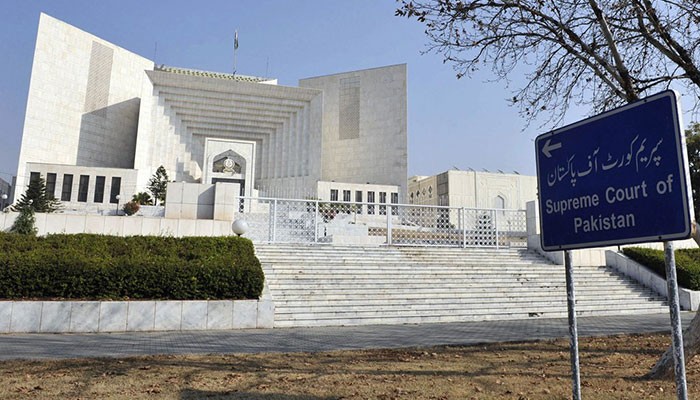 ISLAMABAD: As political parties remain engaged in intense campaigning for the Senate polls, the Supreme Court will give its opinion on the presidential reference today about holding the upcoming elections through an open ballot.

Read more: Raza Rabbani tells SC there is a difference between horse-trading and political alliances

The court reserved its opinion last week after all the parties had concluded their arguments and after the rebuttal of Attorney-General Khalid Javed. Chief Justice Gulzar Ahmed had observed that the court will give its opinion by interpreting the provisions of the Constitution.

“We have nothing to do with politics but are going to interpret the Constitution,” the CJP had remarked, according to The News.

According to the supplementary cause list, issued by the Supreme Court on Saturday, the five-member larger bench will announce its reserved opinion at 9am in courtroom 1.

The reference, filed by the government in the Supreme Court, says that the president has sought the apex court’s opinion on whether the condition of holding a secret ballot referred to in Article 226 of the Constitution is applicable only for the elections held under the Constitution, such as the election to the office of president, speakers and deputy speakers of the Parliament and provincial assemblies and “not to other elections, such as the election for the members of Senate” held under the Elections Act 2017 enacted to pursuant to Article 222 read with Entry 41 (1) of the Fourth Schedule to the Constitution “which may be held by way of secret or open ballot” as provided for in the Act.

According to the government, the nature of the elections and the way it is conducted has not been clearly mentioned in the Constitution.