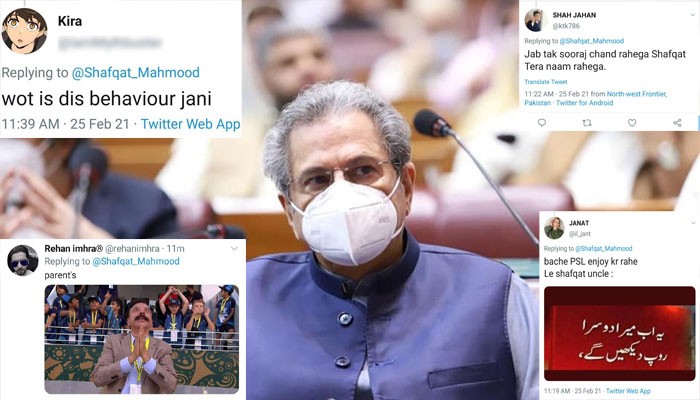 Federal Minister for Education Shafqat Mahmood has ‘broken’ the hearts of millions of Pakistani students after he announced that schools have been allowed to resume five-day classes from March 1 onwards.

The minister, perhaps the most closely-followed individual on Pakistani Twitter in the age of coronavirus-imposed school lockdowns, on Thursday signaled a return to business as usual after almost a year of closures or sketchy operations.

Following the announcement, the Shafqat Mahmood Twitter fan club responded with what it does best: hilarious memes.

Here’s what students are saying over the latest announcement:

In a statement issued on Twitter, the federal education minister said that all schools will go back to regular 5-day classes from Monday, March 1.

“Restrictions imposed in some major cities on schools to conduct staggered classes was only till Feb 28,” he added.

The minister said that the announcement will be applicable to all education institutes.

Students who keep a keen eye on Mahmood’s Twitter account have frequently followed his announcements with hilarious and often overblown reaction memes.

They built him up as their hero when he announced school closures, and are now calling him out for his ‘betrayal’ after he’s made clear it’s time for students to get back to their studies.