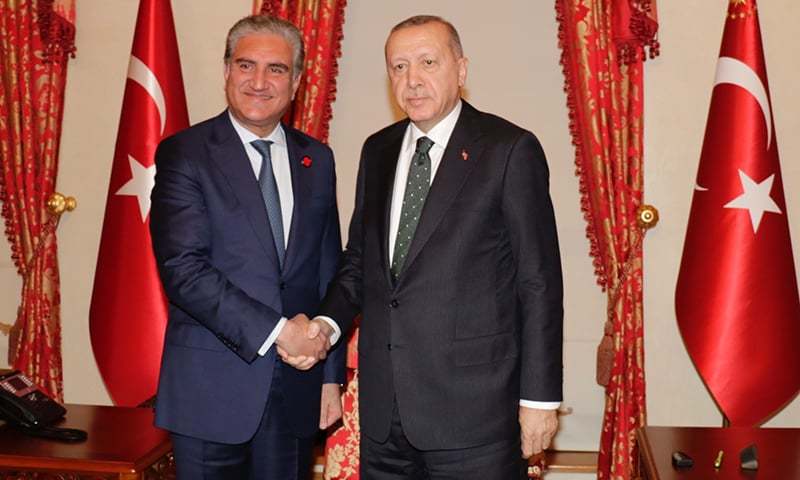 Foreign Minister Shah Mehmood Qureshi on Monday highlighted the need for achieving the goal of a secure and stable Afghanistan for the economic progress and prosperity of the entire region, a Foreign Office (FO) statement said.

Addressing the 8th ministerial meeting of the ‘Heart of Asia-Istanbul Process’ in Istanbul, the foreign minister said no other nation could claim to have more historic bonds with Afghanistan nor is any country more desirous of peace and stability there than Pakistan.

He noted that Pakistan continues to host over three million Afghan refugees for the last four decades, and has been playing a critical role for the neighbouring country’s development and reconstruction, including by committing over $1 billion in development assistance.

Qureshi underscored the importance of the Afghanistan-Pakistan Action Plan for Peace and Solidarity (APAPPS) as an important institutional framework for strengthening bilateral relations between the two sides.

While reiterating Pakistan’s commitment to lasting peace in Afghanistan, the minister said the recent resumption of efforts for achieving peace and stability in Afghanistan is a positive development. He expressed Pakistan’s wish to see the peace process lead to “inclusive intra-Afghan negotiations”.

At the same time, Qureshi cautioned against the “spoilers” in view of their “vested interests” during the process. “He urged the international community to seize the opportunity for achieving lasting peace in Afghanistan by reaching a broad regional and international consensus,” the FO press release said.

The foreign minister also briefly interacted with United States Acting Assistant Secretary of State for South Asia Alice Wells on the sidelines of the meeting. During the conversation, matters related to enhancing Pakistan-Afghanistan bilateral trade were discussed, according to the FO.

As Pakistan continues efforts to take up the cause of Indian-occupied Kashmir at international forums, Foreign Minister Qureshi today boycotted the speech by his Indian counterpart at the Heart of Asia meeting.

According to the FO, Qureshi left the hall as soon as the Indian minister began his speech in protest against India’s oppression of the people of occupied Kashmir.

Tensions between Islamabad and New Delhi have remained high since India revoked occupied Kashmir’s special autonomy on August 5 and imposed an indefinite curfew and communications blackout.

The foreign minister called on Turkish President Recep Tayyip Erdogan on the sidelines of the meeting. They exchanged views on bilateral relations and the regional situation.

According to the FO, Qureshi told Erdogan that his condemnation of India’s human rights violations in occupied Kashmir had given “immense courage” to the region’s residents.

Qureshi also held a delegation-level meeting with his Turkish counterpart Mevlut Cavusoglu. During the meeting, the two sides expressed their desire to continue expanding their relations to new areas of mutual interest, in particular by scaling up bilateral economic ties.