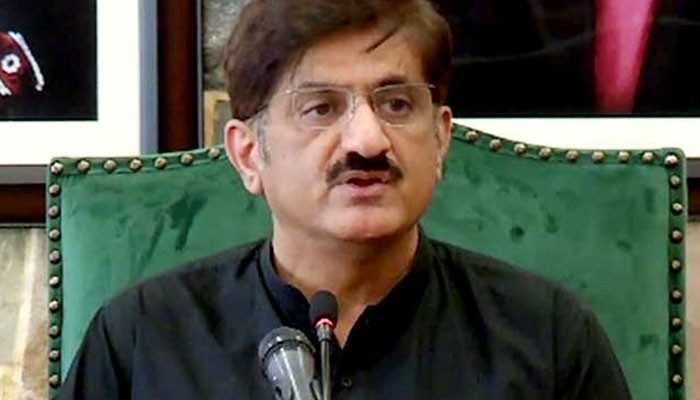 Sindh Chief Minister Murad Ali Shah on Monday clarified that the province had allocated one of the lowest funds for vehicle procurement in the budget 2020-21, providing statistics that Sindh was only behind Balochistan in spending on cars in the last four years.

Speaking in Geo News’ programme “Capital Talk”, CM Shah said: “During the [budget] session someone claimed that despite keeping such a small fraction of the budget for development, Sindh government has allocated Rs3.5 billion for vehicles.”

He continued saying the Chief Justice took notice of the claim and in his remarks, he said that the Sindh government had not set aside sufficient amount for development, especially for Karachi and on top of that they were busy procuring cars.

“What surprised me was that the attorney generals of all the other provinces present there categorically denied that they were in process of purchasing cars,” he said.

CM Shah clarifying that all other provinces have allocated funds for vehicles in this year’s budget, and not only Sindh, said: “Punjab has kept Rs1.8 billion this year and Rs2.7 billion was apportioned the last year, however, they spent Rs3.4 billion —beyond the set amount.”

Meanwhile, he said that Sindh had procured vehicles worth Rs429 million while having allocated Rs2.5 billion in last June.

“KP had bought vehicles amounting to Rs2.5 billion when their budget was of Rs624 million and now they have kept aside 192.5 million,” he said, adding: “Balochistan has allocated Rs4.8 billion, and the federal government has set aside Rs3.1 billion.”

So, the Supreme Court took notice of the issue based on the misstatements and sought a reply from the Sindh government which it will submit, he added.