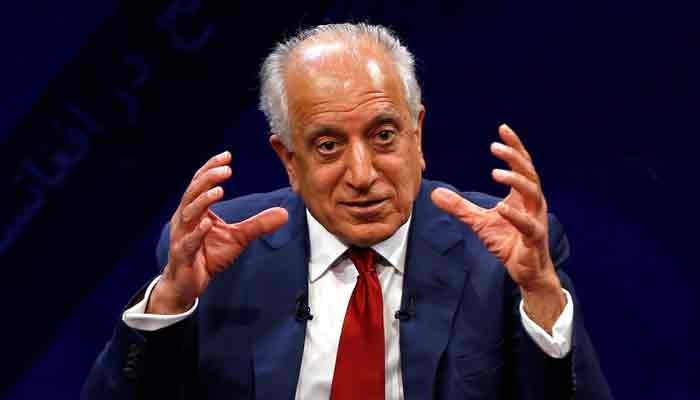 The Afghanistan peace process has reached a “significant milestone” with the two sides agreeing on the rules and procedures for a comprehensive ceasefire and political roadmap, revealed US envoy Zalmay Khalilzad.

Taking to Twitter, the US Special Representative for Afghanistan Reconciliation, Zalmay Khalilzad said that the two sides had recognised a three-page agreement that codifies rules and procedures for negotiations on a political roadmap and a “comprehensive ceasefire”.

Khalilzad praised the development, saying that it was proof that both parties to the conflict can “agree on tough issues”.

” We congratulate both sides on their perseverance. We thank #Qatar for its facilitating role as host,” he tweeted.

The US envoy said that as negotiations seeking a political roadmap and comprehensive ceasefire begin, the US will work hard for “serious reduction in violence and even a ceasefire during this period”.

Pakistan has been instrumental in persuading the Afghanistan government and the Taliban to discuss options for peace. The move by Islamabad aims to put an end to the conflict that has been raging for the past 19 years in Afghanistan now.

However, Islamabad has time and again warned the world against spoilers in the peace process, saying that New Delhi was against peace and stability in the war-torn country.

In a video conference a few days ago, Pakistan’s Foreign Minister Shah Mahmood Qureshi had said that the objective of the negotiations was for the Afghans to make decisions about their future.

“The Afghans alone must be the masters of their destiny without outside influence or interference.

“Spoilers from within and from without will pose formidable challenges. Constant vigilance will be required to guard against their machinations,” Qureshi had said.

Special children should be educated as per individual needs: Begum Samina Alvi