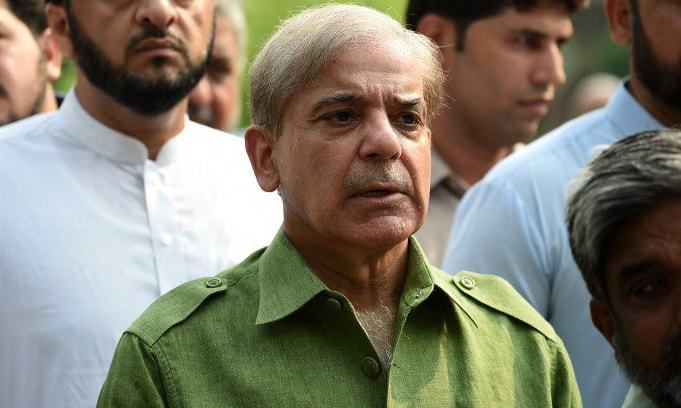 In a tweet, the PML-N president said: “Qureshi’s statement about brotherly Saudi Arabia is highly unfortunate & irresponsible. It flies in the face of history of our special & trusted relationship with the kingdom.

“The cavalier attitude by this government is undermining Pakistan’s core relations with friendly countries!”

In an unusually sharp warning on the first anniversary of India’s controversial unilateral decision to revoke the region’s semi-autonomy, Qureshi had asked the OIC to stop dilly-dallying on convening a meeting of its Council of Foreign Ministers (CFM) on Kashmir.

In another tweet, Shehbaz stated that the PTI government’s policy on occupied Kashmir lacked “direction and substance”.

“There is a need for a serious and candid review of its performance in this most vital area. Why has the government failed to present its case effectively to the international community?”

Appearing in a talk show on ARY News, the foreign minister had said that Pakistan expected the organisation to convene the meeting.

“If you cannot convene it, then I’ll be compelled to ask Prime Minister Imran Khan to call a meeting of the Islamic countries that are ready to stand with us on the issue of Kashmir and support the oppressed Kashmiris.”

Qureshi had said that if they failed to summon the meeting, Pakistan would be ready to go for a session outside the OIC. In response to another question, he had said Pakistan could not wait any further.

The foreign minister had added that Pakistan had skipped Kuala Lumpur Summit last December on Saudi Arabia’s request and now Pakistani Muslims were demanding Riyadh “show leadership on the issue”.

“We have our own sensitivities. You have to realise this. Gulf countries should understand this,” the foreign minister had said, adding that he could no more indulge in diplomatic niceties.

However, he had made it clear that he was not being emotional and fully understood the implications of his statement. “It’s right, I’m taking a position despite our good ties with Saudi Arabia.

“We cannot stay silent anymore on the sufferings of the Kashmiris,” he had said.

On Thursday, the Foreign Office had defended the ‘controversial’ remarks of the foreign minister, saying his statement was a reflection of the people’s aspirations and expectations from the OIC to raise the Kashmir issue internationally.

Speaking at a weekly press briefing, outgoing Foreign Office spokesperson Aisha Farooqui had said the people of Pakistan had more expectations from the OIC and would like it to play a leading role in raising the Kashmir issue internationally. “In this regard, our efforts will continue and we hope there will be further forward movement,” she had added.