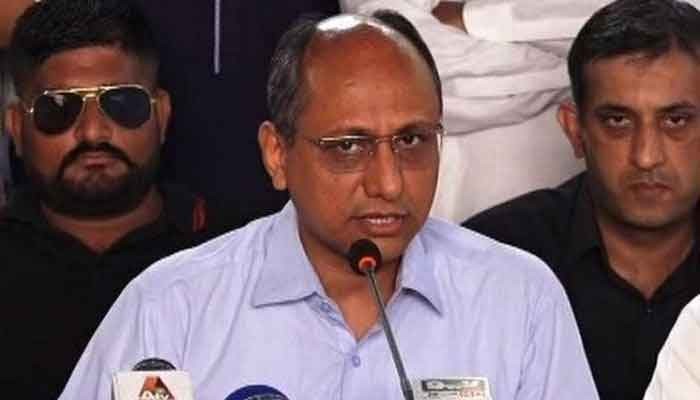 A day after the PML-N leader was arrested from the private hotel in Karachi and after the Opposition decried the move, PPP chairman Bilawal Bhutto Zardari lashed out at the move, saying he was “ashamed” at the treatment meted out to the couple.

“Whatever happened to Maryam Sharif and Captain Safdar sahab is extremely shameful,” the PPP chairman had, as he addressed a news conference. “I am ashamed and cannot show my face at how this happened in my province. How can such a politically weak case involving sloganeering at the Mazar-e-Quaid can stir up such a storm.”

Holding the prime minister responsible for dual standards, Bilawal had said that PM Imran Khan and workers of the PTI had also resorted to sloganeering at the Quaid’s mausoleum in the past.

The PPP chairman had said that “even banned militant outfits and their participants” have visited the Mazar-e-Quaid and chanted their slogans. “Did anyone even dare to register an FIR against them,” he had asked.

Bilawal said that he wanted the Sindh Police “to function independently”. “We don’t want political interference in our police but that also doesn’t mean we will tolerate interference from anywhere else,” he had said.

Shortly after PPP chairman Bilawal Bhutto’s press conference, a statement from the DG ISPR had stated that army chief Gen Qamar Javed Bajwa had tasked the Karachi Corps Commander to hold an inquiry into the matter.

“Taking notice of Karachi incident , COAS has directed Commander Karachi Corps to immediately inquire in to the circumstances to determine the facts and report back as soon as possible,” the ISPR’s statement had read.