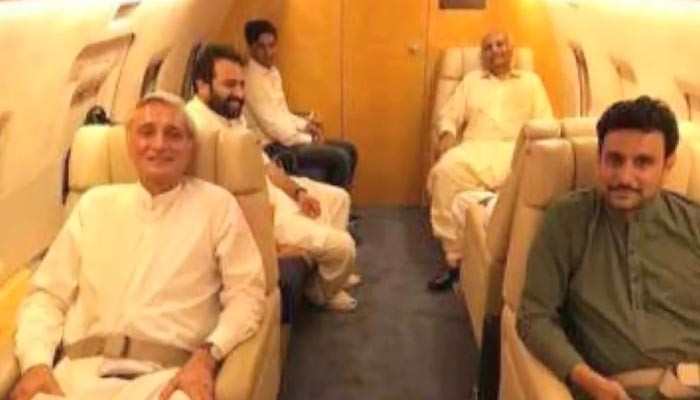 During a party meeting chaired by PM Imran Khan, Jahangir Tareen came under discussion. PTI leader Raja Riaz came out in Tareen’s support and said that he should be “appointed as chairman for the committee on Senate elections in Punjab.”

Read more: Did someone secretly bug Jahangir Tareen, his family and his businesses?

Once PM Imran Khan’s closest confidante and the main sponsor of the PTI’s operations, the former party secretary-general is aggrieved at the way he has been treated by those who are considered the eyes and ears of the premier.

Known for his acumen and sharp political skills, Tareen is credited by his allies and foes both for helping the PTI for several years when there was hardly anyone else around to do the heavy lifting. He is credited with spending his own money to help the party gain media mileage and to make inroads in other parties ahead of the general elections two years ago.

It is pertinent to mention here that according to a Federal Investigation Agency ​​investigation report, Jahangir Tareen was involved in money laundering and sugar mill fraud — and after that, the PTI had distanced itself from him.