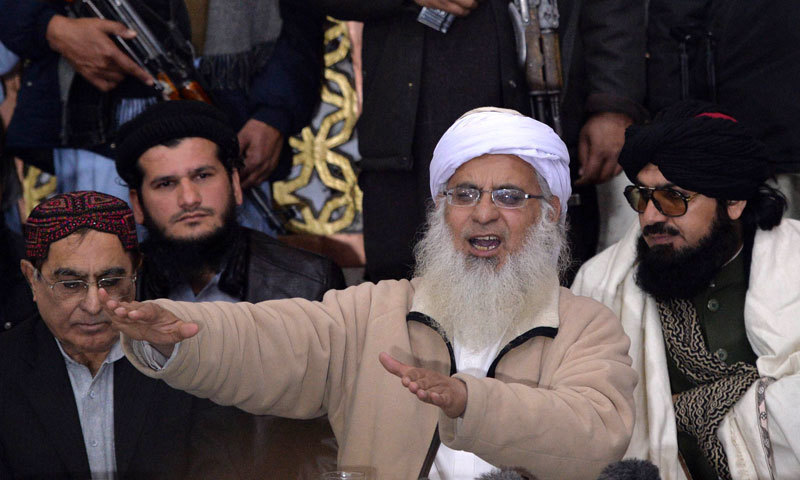 ISLAMABAD: The police presence around the E-7 seminary Jamia Fareedia has been heightened as tensions continue between former Lal Masjid cleric Maulana Abdul Aziz and the seminary’s administrator.

Capital administration and police officials told Dawn that the police deployment was increased after directions from the deputy commissioner. Surveillance in and around the seminary has also been increased to monitor the situation and act quickly if necessary, they said.

The police’s investigation wing has also gathered information and shared it with concerned senior officers to make arrangements to prevent violence between the two groups present on the seminary premises. The information suggests that the seminary’s administrator, Maulana Abdul Ghaffar, has 500 students and 90 other individuals including teachers with him, while Mr Aziz has 200 students.

Officers said there are also at least five submachine guns and 30-bore pistols inside the seminary, according to their intelligence.

There is currently a standoff between both parties in the seminary, each of which claims ownership and wants full control over the establishment.

The police’s investigation wing have advised the administration and police to make a strategy and plan for how to deal with the issue, they said, adding that an effective blockade should be set up around the seminary to keep more people and students from gathering there.

It should be made sure that no physical confrontation takes place between the two parties, they said.

In light of the information, more than 200 police officials, including personnel from the Counter Terrorism Department and the Anti-Riot Unit, have been stationed around the seminary. An armed personnel carrier has also been provided along with riot gear.

An equipped contingent of police with an armed personnel carrier and riot gear is also stationed in a sector nearby to respond if needed.

The officials said that surveillance has also been increased on a few seminaries to prevent students from gathering and trying to reach Jamia Fareedia to support either of the clerics.

Deputy Commissioner Mohammad Hamza Shafqaat told Dawn that this is a private dispute between the two men and as it is not taking place on government land or a government mosque, their concern is to maintain law and order and avoid any untoward situation.

Peshawar doctor passes away after battle with Covid-19 – Pakistan

Yet another doctor succumbed to the coronavirus in Peshawar on Saturday. In a statement, the …