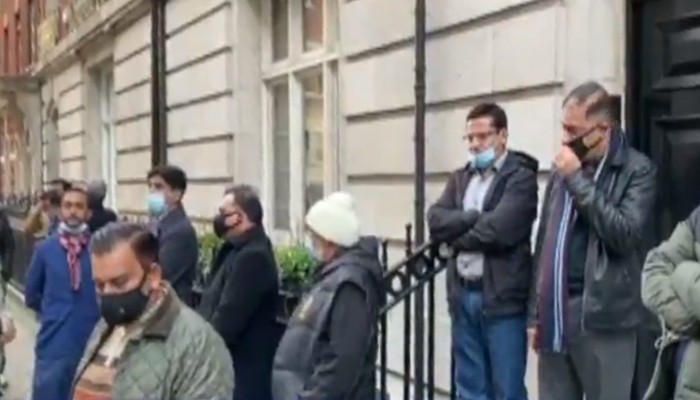 ISLAMABAD/LONDON: The PML-N has suspended all of its scheduled activities until the funeral of party supremo Nawaz Sharif’s mother, who passed away here in London earlier today.

“We have suspended all activities of the PML-N until the funeral” of Mian Nawaz Sharif’s mother, party spokesperson Marriyum Aurangzeb said on Twitter, referring to Begum Shamim Akhtar as ‘Aapi Ji,’ or elder sister.

“May God give courage to the family to bear this tragedy. Aameen,” she wrote.

Begum Shamim Akhtar, the mother of Nawaz Sharif, as well as Leader of the Opposition in the National Assembly and the party’s president, Shahbaz Sharif — had died earlier today aged 89.

An Alzheimer’s patient, her condition had deteriorated over the past week and she could not regain her health due to old age.

PML-N workers in London gathered outside the Sharif family residence at Avenfield Apartments, where Begum Shamim Akhtar was staying.

Nawaz Sharif’s mother was receiving treatment at a London hospital.

The body of the former premier’s mother would be released after the Westminster Magistrates’ Court coroner issues her death certificate, sources informed Geo News.

The Sharif family would make arrangements to transport the body to Pakistan for burial once the death certificate is issued.