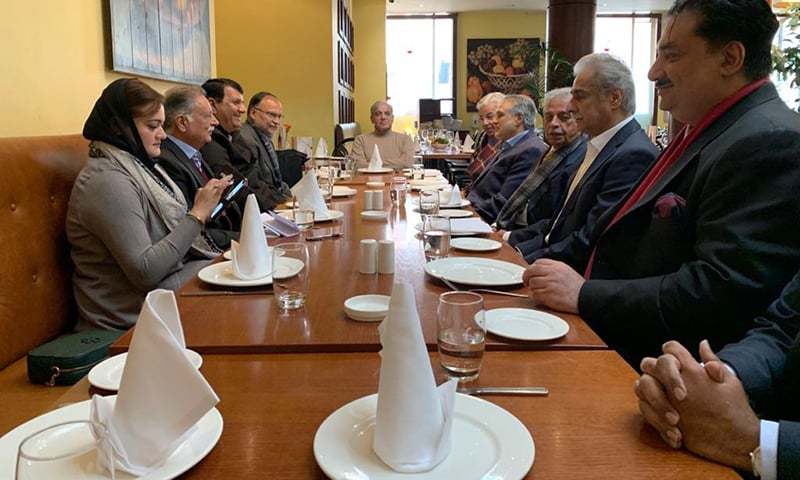 A group of PML-N leaders are holding a meeting in London with party president Shehbaz Sharif to discuss the party’s role in various parliamentary matters, including the impending legislation on an army chief’s tenure and the suspended appointments of the Election Commission of Pakistan (ECP).

The session is being held at Maroush Garden on Edgware Road.

“We will inquire after the party’s supreme leader and also take guidance (from Nawaz and Shehbaz) mainly on the issues of legislation on the extension in service of the army chief and the appointment of the new chief election commissioner (CEC),” PML-N spokesperson Aurangzeb had told Dawn before the group’s departure from Pakistan on Thursday. She said the party leaders would return in a week after the consultation.

The Supreme Court had in the last week of November allowed Gen Bajwa to serve as army chief for another six months and asked the government to determine the tenure, terms, and conditions of the service of an army chief through legislation within the period.

Meanwhile, the opposition and government are facing a deadlock over the appointments of ECP members, as both sides have failed to reach a consensus on the matter. Though both Shehbaz and Prime Minister Imran Khan have sent their recommendations for the post to the relevant parliamentary committee, an agreement is yet to be reached.

Sources had said the leaders would be mainly given the party line on the issues by Nawaz. “The style of politics of these main parliamentarians of the PML-N on their return will reflect the mood of the elder Sharif,” they had said.