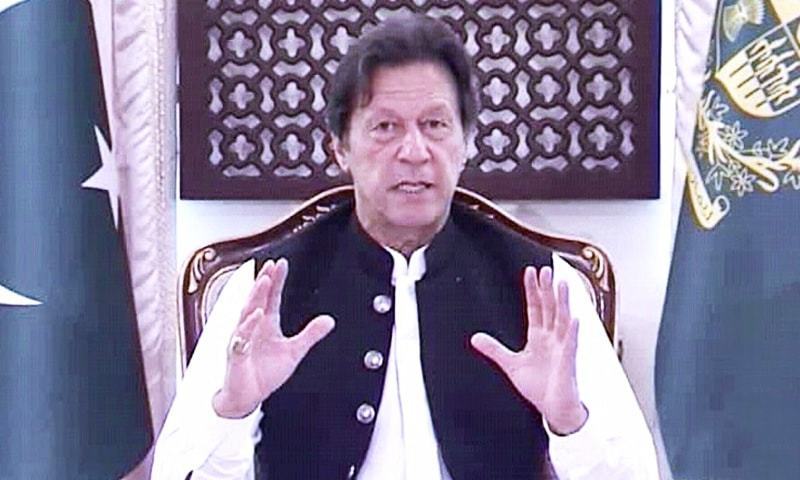 Prime Minister Imran Khan said on Friday that he wanted the Corona Relief Tiger Force volunteers to assist the government in its mission to tackle climate change and battle the locust invasion, in addition to aiding its response to the Covid-19 outbreak.

In a televised address to the volunteers, the premier said that the government required the volunteer’s help on two more fronts apart from the virus; climate change and locusts.

“Locusts have attacked the nation after some 30 years. Not just us, but India, Africa and Somalia have also been badly affected by the invasion.

“They primarily target crops which can lead to famine. So for this we will ask you to collaborate with the administration on how to help those areas that have been affected.”

“Our coming generations will face difficulties as the water level in rivers will recede.”

He said that in an effort to combat this, he wanted the volunteers to participate in the government’s Clean and Green Pakistan Campaign under which 10 billion trees will be planted.

“We will tell you how to clean areas. But the plantation that needs to be carried out during the rainy months, I want that you participate in that. We are currently developing a programme for that. I will require your assistance in that.”

The premier also urged volunteers to keep an eye on utility stores.

“Transport services were shut down due to the lockdown and food prices skyrocketed as a result. However, we kept up supply to utility stores and got some very good feedback from the volunteers about what was needed at the stores.”

He urged the volunteers to identify hoarders and inform the district administration. “You have to protect our people and help the vulnerable […] we will keep making you aware of what your duties are.”

‘We can’t afford to go back to another lockdown’

The premier said that the country cannot afford to go back to a lockdown, urging the public to follow the government’s standard operating procedures (SOPs) for curbing the spread of the virus.

“It is important for you [Tiger Force] to ensure that people follow SOPs because we can’t go back to another lockdown, this country can’t afford it,” he said.

“If we can slow down the [infection] curve because of SOPs, it will reduce pressure on hospitals.”

He added that the country was already emerging from a difficult situation before the pandemic hit. “The purpose of reopening industries was to help the vulnerable. A lockdown for [the privileged] is not a problem, but it is a problem for the working class.

“How much more money can be distributed under the Ehsaas programme? That is why it is important for you to ensure the implementation of SOPs,” he said.

‘Covid-19 cases were not traced back to mosques’

Prime Minister Imran also said that none of the country’s coronavirus cases were traced back to mosques, despite the government’s critics stating otherwise.

“We were the only country in the Muslim world that said we would not bar Taraweeh prayers and would keep mosques open. We decided that whoever goes to the mosques, will have to follow SOPs.”

Quoting the example of Sialkot, he said: “There weren’t enough police officials in Sialkot to stop the public from going to mosques, so our Tiger Force went and raised awareness.

“Our critics said that the virus will spread from mosques [but] we did not see any cases emerge from there and today the world is opening mosques with standard operating procedures in place. This was an achievement for the force,” he said.

Do away with 1-year vacant federal govt posts: finance division

By June 30, as many as 5,367 healthcare providers had contracted the viral infection, which …