PM Imran urges nation to curtail celebrations this Eid, says Covid-19 ‘is with us’ – Pakistan 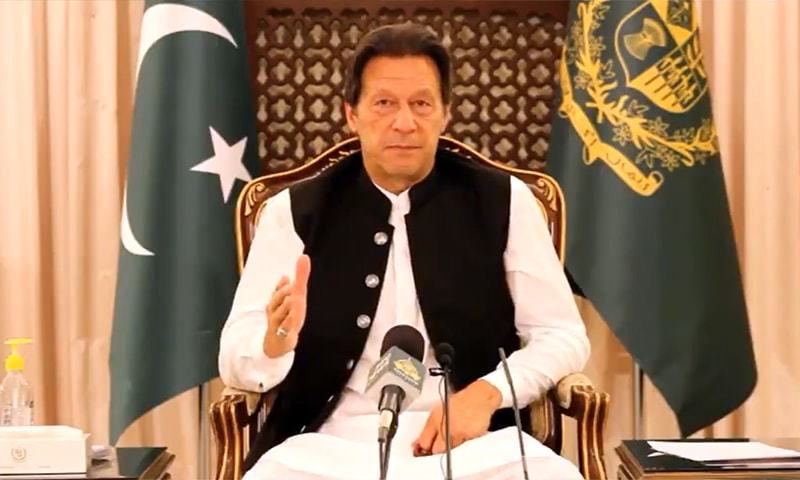 Prime Minister Imran Khan on Saturday urged the nation to forgo their traditional festivity for Eidul Fitr, which will be celebrated across the country on Sunday, in view of the lives lost in Friday’s plane crash in Karachi and the hundreds of fatalities caused by the coronavirus.

Taking to Twitter after the announcement regarding the sighting of the Shawwal moon was made, the premier said he wants the citizens to “observe this Eid in a different manner from the usual celebratory style”.

“First, let us think of and pray for all those families who have been deprived of their loved ones by the plane crash tragedy and all those who have lost their lives to Covid-19,” he wrote.

Editorial: A detailed inquiry, not speculations would determine why the Karachi plane crash happened

In a second tweet, he emphasised that people must remember to observe the standard operating procedures (SOPs) in place to prevent further spread of the virus.

“The disease is with us and social distancing must be strictly observed throughout the Eid holidays, including during Eid prayers. May Allah bless our nation.”

Also on Saturday, the Prime Minister’s Office reminded the public to celebrate Eid while following precautions.

“For the well-being of your loved ones, follow the SOPs provided by the govt. Avoid crowded places, observe social distancing, exchange Eid greetings from a distance and be there for the underprivileged affected by #COVID19 lockdown,” it said in a tweet.

On Friday, a Pakistan International Airlines (PIA) passenger plane with an estimated 99 people on board had crashed in Karachi’s Model Colony near Jinnah International Airport. Ninety-seven people died while two survived the crash.

The Muslim festival of Eid comes as Pakistan has so far recorded more than 53,000 infections of Covid-19, which has killed 1,123 people since the first case was reported on February 26.

Earlier this month, the government had announced the lifting of the countrywide lockdown imposed to curb the spread of the virus in phases, even as infections continued to rise in the country. The prime minister had cited the economic havoc the virus restrictions had wreaked on citizens as the reason behind the decision.