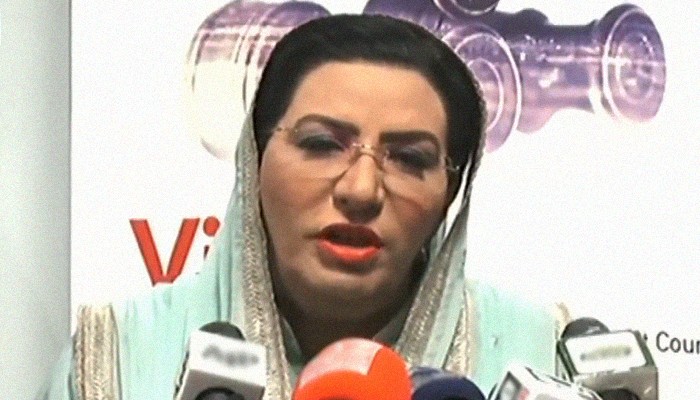 Speaking to the media here in the federal capital, the special assistant said effective measures to tackle smuggling were being undertaken on PM Imran’s directives. The crackdown was a major step to provide relief to the masses, she added, noting that conclusive decisions have been made in this regard.

The premier, Dr Awan added, sought answers to some more questions pertaining to the investigative report on the flour and sugar crises. Those responsible for the shortages would be dealt with strongly, she said, mentioning further that proposals would soon be presented in the Cabinet to tackle inflation.

She further said public assets would be given to those who were deserving through the PTI’s Ehsaas Programme.

On national disasters’ risk, she said no strategy had been made in the past, lambasting prior governments over what she said were personal priorities and not those of the public.

Donations from the National Disaster Risk Management Fund (NDRMF) would be immediately given to the needy people, the special assistant noted, adding that the fund would help compensate damages from natural disasters.

The far-off areas that had been ignored in the past would now be included in the NDRMF, she said, adding that international donor agencies had assured of billions of dollars’ worth of funds. The NDRMF has also included Balochistan in its priorities, Dr Awan added.

Referring to the Opposition parties, the SAPM said PML-N leader Rana Sanaullah has been spearheading a “Mujhe Bachao,” or ‘Save Me,’ campaign. He was sitting in London, looking expectantly at his leaders, she said.

Earlier in the day, Dr Awan had sent out a series of tweets, saying smugglers who cause billions of rupees loss to national exchequer were being taken to task under the crackdown ordered by PM Imran and that profiteering was being discouraged to ensure supply of daily use items at affordable rates.

She had added that the work on the construction of border markets in Balochistan would be accelerated and the large-scale operation against smugglers was manifestation of the PM’s determination to ensure implementation of law.

Hoarding was the enemy of a transparent economy that exploited the masses and that that would not be allowed, she said, adding that the government’s steps against hoarding would bring stability in the daily use items’ prices.

The special assistant also said PM Imran had sought proposals from the provincial governments to reduce prices of wheat. She added that the previous governments’ wrong policies had resulted in the increase in power and gas bills, proving to be a burden on consumers.

The prime minister had also directed to prepare a road map to reduce petroleum prices as providing relief to the masses was the government’s top-most priority.