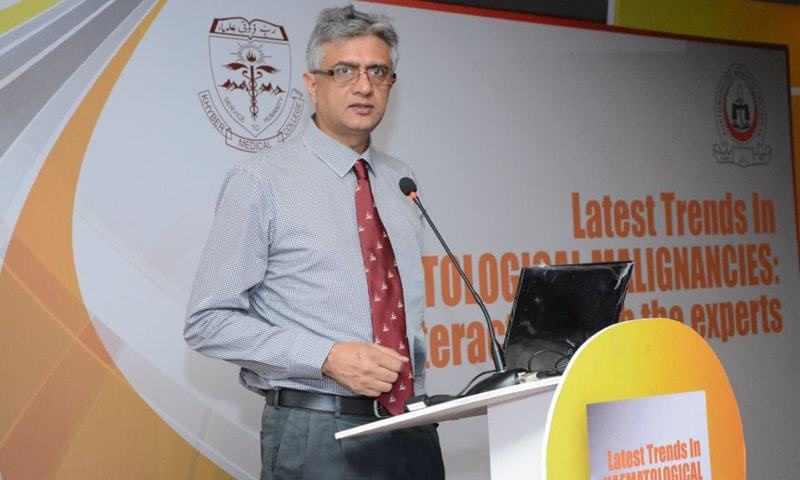 Prime Minister Imran Khan has appointed Dr Faisal Sultan as his special assistant on national health services, regulations and coordination, a statement issued by the premier’s office said on Monday.

Dr Sultan, who according to the brief statement will hold the status of a federal minister, will replace Dr Zafar Mirza, who resigned as special assistant to the prime minister on health last week.

A consultant physician on medicine and infectious diseases, Dr Sultan completed his graduation from the King Edward Medical College University, Lahore, in 1987, according to the SKMCH&RC website.

Last Wednesday, Zafar Mirza had taken to Twitter to announce his resignation as the SAPM on health, saying he had made the decision over the “negative discussion about the role of SAPMs and criticism of the government”.

“I am very pleased about the appointment of Dr Faisal Sultan as SAPM health. As federal minister he will be able to make decisions which [are] important,” Zafar tweeted on Monday about his replacement.

He termed Dr Sultan “a capable professional with a good worldview” and a good friend, wishing him success in his new role.

Earlier today, Mirza was appointed to the National Command and Operation Centre (NCOC) “to recognise his contributions to the national Covid response effort in the last several months”, according to Planning Minister Asad Umar.

“Thankful for the support he provided and wish him the best for his future work,” Umar tweeted.

Dr Mirza was assigned the portfolio of national health ser­vices in April 2019 and over­saw the government’s res­ponse to the Covid-19 pandemic.

Prior to this, he was working as director of health system development at the WHO regional office for the Eastern Mediterranean.