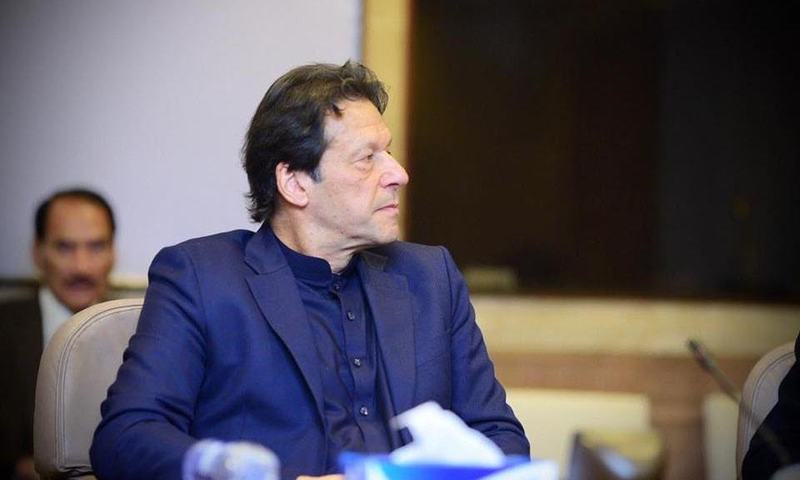 PESHAWAR: Prime Minister Imran Khan was on Monday briefed on the ruling party’s loss in Nowshera by-election and told that the opposition Pakistan Muslim League-Nawaz (PML-N) had “scientifically manipulated” the polls.

Mr Khan, who arrived in Peshawar on a day-long visit, addressed the parliamentary party meeting of the Pakistan Tehreek-i-Insaf (PTI) at Governor House, which was attended by MNAs and MPAs. Khyber Pakhtunkhwa Governor Shah Farman and Chief Minister Mahmood Khan were also present on the occasion, while federal ministers Abdul Hafeez Shaikh, Omar Ayub Khan and Faisal Vawda made their participation through video link.

Giving details of the meeting in a video message, KP government’s spokesman Kamran Khan Bangash said the prime minister was briefed on the Pakistan Tehreek-i-Insaf candidate’s defeat in the PK-63 by-election at the hands of PML-N candidate Ikhtiar Wali Khan.

“It has been known that the disqualified league [PML-N] had scientifically rigged the by-election. There is a difference of around 6,000 votes in Form 45 and Form 46,” he claimed.

The spokesman said the PML-N had brought rigging experts to Nowshera from across the province, who manipulated the election. He said the prime minister was informed that the PTI would opt for a legal course to de-seat the “selected MPA” and retain the Nowshera seat.

MPA Liaquat Khattak, the brother of Defence Minister Pervez Khattak, who supported the PML-N candidate in the by-election and former minister Sultan Khan, who was sacked from the cabinet, were not invited to the meeting.

Mr Bangash said nobody would be allowed to steal the mandate of the people of Nowshera, adding that the parliamentary party meeting through a resolution assured the prime minister that they would elect the party’s nominees for the Senate elections from Khyber Pakhtunkhwa.

He said the parliamentarians reiterated their resolve that the vote for the Senate was a trust of Khan Sahib and they had got this mandate in the general elections for the ideology and vision of the prime minister.

According to APP, Prime Minister Khan reiterated his resolve to uphold transparency in the democratic system as his politics was aimed at serving the masses and working for the betterment of coming generations.

He said political philosophy of the PTI was to serve the masses and work for the betterment of their future. Unfortunately, he said, some people joined politics to make money rather than serve the people. Now they had become an example, he remarked. He said when a nation lost morality, it was destined to doom.

The prime minister said Pakistan, despite bestowed by Allah Almighty with every blessing, lacked behind because its rulers, instead of serving the masses, used power to steal [public] money.

Later in a tweet PM Khan said: “Have always struggled for fair & free elections. So even though there is no legal compulsion to do so before ECP announces results, I would request our PTI candidate to ask for re-polling in the 20 polling stations. Opposition is crying hoarse over in the Daska NA 75 by-election. It is because we want transparency that we are seeking open ballot for Senate elections.”

An official statement issued by Governor House said the prime minister was also briefed on development projects in the merged districts of Khyber Pakhtunkhwa. He was informed that around Rs50 billion had been spent on education, health and infrastructure projects in these districts under a special package.

The prime minister directed the provincial government to give priority to the merged districts and complete all projects at the earliest.

The prime minister was also given a detailed briefing on the payments made by the Centre to the province under the head of net hydel profit.

Mr Khan said his government desired early uplift of the tribal districts as their people had rendered numerous sacrifices for the country.