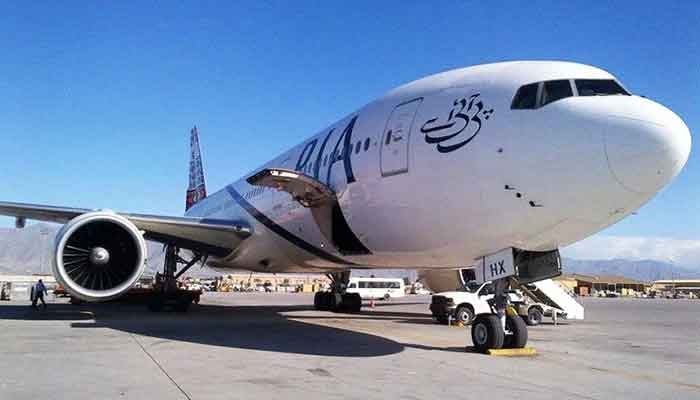 KARACHI: Pakistan International Airlines (PIA) has said that the company has 12 Boeing 777 aircraft powered by General Electric engines, which are considered to be the safest.

The statement from PIA came after Boeing recommended suspending operations of planes fitted with Pratt & Whitney 4000-112 engines following an incident in a plane operated by US-based United Airlines.

“Boeing is actively monitoring recent events related to United Airlines Flight 328. While the NTSB [National Transportation Safety Board] investigation is ongoing, we recommended suspending operations of the 69 in-service and 59 in-storage 777s powered by Pratt & Whitney 4000-112 engines until the FAA identifies the appropriate inspection protocol,” it said on Sunday.

A spokesperson of the national flag carrier clarified that PIA’s Boeing 777 planes are equipped with the “safest” GE engines and added that the airline’s flight operations are normal as per its schedule.

“The engines installed in PIA aircraft are of General Electric considered to be the safest and nearly 1,000 engines are being used worldwide. PIA has 12 Boeing 777s powered by General Electric engines, the spokesperson added.

The US aircraft manufacturer further added: “We support the decision yesterday by the Japan Civil Aviation Bureau, and the FAA’s action today to suspend operations of 777 aircraft powered by Pratt & Whitney 4000-112 engines. We are working with these regulators as they take actions while these planes are on the ground and further inspections are conducted by Pratt & Whitney.”

“Updates will be provided as more information becomes available.”