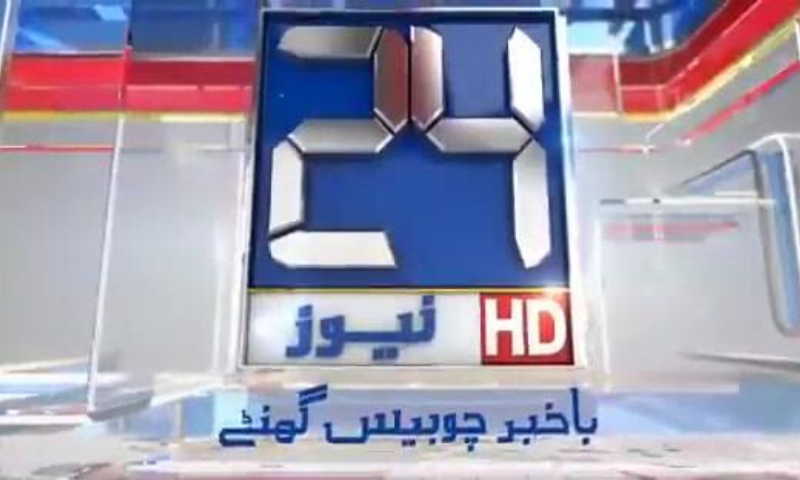 According to a press release issued by the regulatory authority, the channel Value TV — for which the license was issued to Central Media Network Pvt — had “illegally” changed its name to 24NewsHD. The channel was granted the licence to air entertainment content but instead it was “persistently illegally and unlawfully airing news and current affairs in continuous violation of Pemra laws”, the statement read.

The regulatory body said it issued a show-cause notice to the channel for violating the terms of its licence and directed it to “revert back to its approved programming content” on May 7, 2020. But the channel “failed to adhere to the directions of the authority despite several notices and opportunities of hearing provided [to them],” according to the statement.

Pemra, therefore, suspended the channel’s licence with “immediate effect till the time it reverts back to its original programming mix”.

PML-N spokesperson Marriyum Aurangzeb on Saturday criticised Prime Minister Imran Khan for the TV channel’s suspension, saying that he was targeting those “channels, media houses, journalists and owners who spoke the truth”.

In a tweet from the PML-N’s account, Aurangzeb condemned the suspension and demanded the channel’s “immediate resumption”.

“Taking channel 24 off air without hearing its stance is oppressive and unjust. Imran’s government is cutting the very shoulders on which it came to power,” she said.

She claimed that the government had a “problem with all those institutions and people who criticised it”.

“Heavy-handed tactics are at their peak during this government. Mir Shakeelur Rehman’s wrongful arrest, banning channel 24 and restricting the writings and programmes of various journalists prove that this government is not democratic,” she said.

Aurangzeb claimed that the government was “increasing unemployment amid the coronavirus after destroying the media industry”, adding that the suspension of the channel’s licence would add to the “tsunami of unemployment”.