PDM all set to stage protest outside ECP on January 19 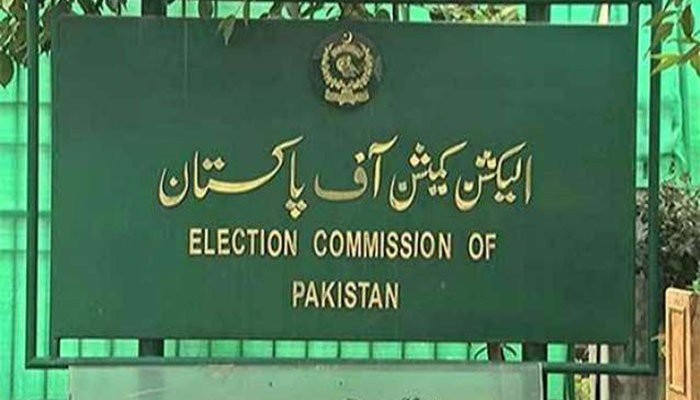 ISLAMABAD: The Pakistan Democratic Movement (PDM) is all set to stage a protest outside of the Election Commission of Pakistan (ECP) on January 19. To that end, the Islamabad police have devised a security plan to ward off any untoward incidents.

According to police, the Senior Superintendent of Police (SSP) Operations will be supervising the security arrangements and more than 1,800  personnel will be deployed in the city for the purpose.

Per the plan, all those participating in the demonstration will have to park their cars in the general parking area of the Convention Centre, police said.

On Friday, Interior Minister Sheikh Rasheed Ahmed had said the government would not stop the PDM protest outside the election commission if “they abide by the law and Constitution.”

He said the Opposition could “practise its constitutional right” and the government would “not create any hurdle for its protest,” but emphasised that the “law would take its course if the Opposition tries to create unrest in the capital.”

Why is PDM protesting?

PDM chief Maulana Fazlur Rehman on January 6 announced the movement will hold a demonstration in front of the ECP to protest the alleged delay in the decision on the foreign funding case against the ruling PTI.

The ECP scrutiny committee has been asked to check the official record of two US companies registered on PTI chairperson Imran Khan’s instructions in the foreign funding case.

Akbar S Babar, a founding member of the PTI, had filed a case against the Imran Khan-led party in November 2014 claiming in his petition that there were massive financial irregularities in the handling of foreign funding to the tune of nearly $3 million.

Following the petition, the PTI challenged the ECP orders in the IHC in 2017.

In the same year, the IHC sent back the case to the electoral body to review its jurisdiction once again. In the case, the high court had also declared Babar as a member of the ruling PTI.

Later, on May 8, 2017, an ECP bench stated that the body had complete jurisdiction over the case.

In March 2018, a scrutiny committee was formed to look into PTI’s foreign funding accounts to determine if there was any wrongdoing.

The PTI at multiple times has sought secrecy in the scrutiny and had also approached the ECP, in this regard. However, in October 2019, the ECP turned down the party’s request.

The PTI chief at multiple times has accused the ECP of working for the interests of the Opposition in the case.

‘Opposition must provide funding details to ECP instead of ‘hiding behind rallies:’ Shibli Faraz

In response to PDM’s allegations against the PTI in the foreign funding case and their demand for the case to be made public, Minister for Information Shibli Faraz on Sunday said that the PTI has turned in all the information sought by the Election Commission of Pakistan pertaining to the party’s funding and now it is the Opposition parties’ turn.

Speaking about the PDM’s January-19 protest outside the ECP building, Shibli said it is a “sorry attempt by them to attempt to repeat a pack of lies so much that it starts to seem like the truth”.

“The drama they have staged, [it must be realised], this is not about PTI, it is about all of us. And we have provided an authenticated, notarised record of all the information from our end.

“Now it is their duty to come tomorrow, instead of the day after and tell the people whether it is really us who are thieves who have provided all proof,” the minister said.

He said that after the Opposition parties’ performance over the last two-three months, the Pakistan Democratic Movement is “a thing of the past”.

“They must submit their record to the scrutiny committee instead of hiding behind rallies,” said Faraz.

Source Link: PDM all set to stage protest outside ECP on January 19

You are an MNA, how can you make a mistake like this? PM Imran Khan …