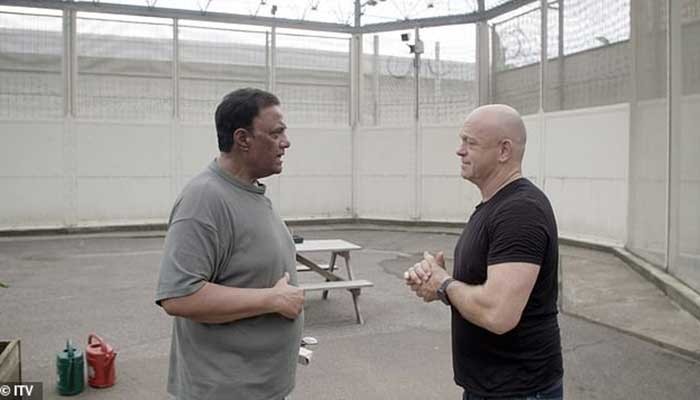 LONDON: Pakistani national Mohammad Asif Hafeez believes that he should not be in UK’s high-security Belmarsh Prison and rejects the US allegations of drug smuggling put against him for which the US is seeking his extradition.

In court papers, Hafeez has been stated as the ‘Sultan’ of drugs and has been detained at the prison facility usually reserved for terrorists for nearly three years as he fights his extradition case. The London High Court is hearing his appeal against Westminster Magistrates’ Court’s decision to approve his extradition.

In a conversation with ITV’s Ross Kemp in the show Welcome to HMP Belmarsh, With Ross Kemp, Hafeez has denied all the charges put against him by the US.

“I shouldn’t be in prison. I have never been to any jail in my life and I am 62 years old,” Hafeez told the show host, claiming that he has been framed by the US authorities.

UK’s National Crime Agency on request of the US Drug Enforcement Administration had arrested Mohammad Asif Hafeez from his North London home in August 2017. Hafeez has been accused of running a drug empire.

Hafeez laughed off the charges when Kemp asked whether he was the mastermind of a global drug-smuggling empire.

The Pakistani businessman in the TV show also shared what life was like for him behind the bars. Hafeez, who once mingled with the Royal family at Polo matches, said he grew strawberries in the prison.

“This year 2-3 tonne of strawberries came out from Belmarsh prison. We can supply to Tesco from here!” claimed Hafeez.

Meanwhile, Hafeez’s legal team has told the London High Court that the US prosecutors have allegedly linked their client to cases in which he has no connection. Lawyers told the court that the US has tried to link Hafeez with the Avon pharmaceuticals ephedrine case.

According to Indian media, in 2016 the police had seized 18.5 tonnes of banned drug Ephedrine from the Solapur facility of Avon Lifesciences.

However, Indian court papers show that Hafeez’s name was never mentioned in the operation. Lawyers maintain that Hafeez is a Pakistani national and has no links with any cases in India.

Hafeez faces a 30-year prison senate in the US without parole which according to European law is a breach of his human rights.

The US prosecutors have found the Akasha organisation of Kenya as the main culprit in the case. US District Judge Victor Marrero in Manhattan has sentenced leading Kenyan drug trafficker Baktash Akasha to 25 years in prison after he pleaded guilty to conspiracy to import heroin and methamphetamine and other crimes.

Prosecutors say that the organisation run a major smuggling operation connecting the poppy fields of Afghanistan to European and US cities. In his guilty plea, Akasha also admitted to bribing officials in Kenya. His brother, Ibrahim Akasha, has also pleaded guilty in the case and is scheduled to be sentenced by the same judge in November of this year.

The US alleges that Hafeez conspired with Akasha Organisation, led by brothers Baktash Akasha Abdalla and Ibrahim Akasha Abdalla, for heroin production and smuggling and set up a special laboratory in Mozambique.

The lawyers claim that Indian national Goswami and his wife Mamta Kulkarni, a well-known Bollywood actress, were also part of Hafeez’s gang and ran a factory in India to manufacture ephedrine, the deadly drug’s active ingredient.

However, Hafeez has denied all the charges put forward against him by the US prosecutors.