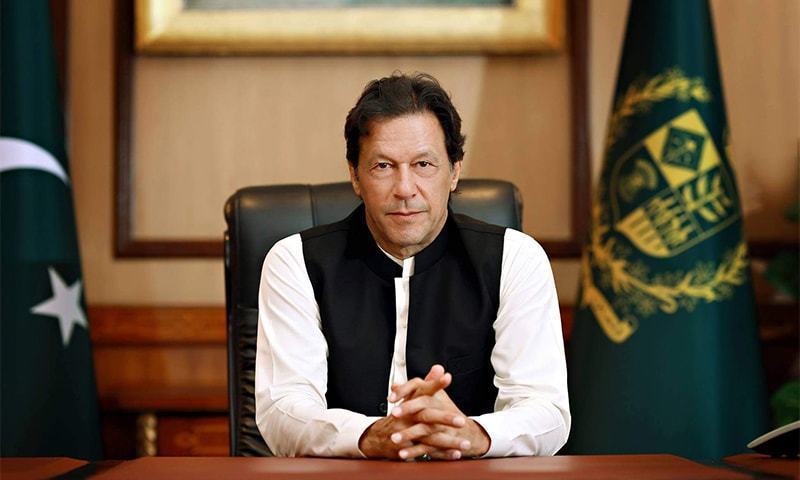 He was referring to the new domicile law introduced by the Indian government, under which an Indian citizen, who has lived in occupied Jammu and Kashmir for 15 years, can call the territory their place of domicile.

Through a gazette notification issued by the Indian government on Wednesday, a domiciled person has been defined as one who has resided for a period of 15 years in the occupied territory of Jammu and Kashmir or has studied for a period of seven years and appeared in class 10 or 12 examinations in an educational institution located there.

The prime minister in a post on Twitter said that the new domicile law was in “violation of all international laws and treaties”.

Calling the timing of the move “particularly reprehensible”, he said the action sought to exploit the international focus on the Covid-19 pandemic to further the Bharatiya Janata Party’s “Hindutva” agenda.

A statement issued by the Foreign Office earlier in the day also stated that the Reorganisation Order 2020 was a violation of international law and the Geneva Convention.

The statement said Pakistan had been trying to sensitise the world community to India’s attempt to change the “demography and distinct identity” of Kashmir.

“The latest Indian action, at this moment of global health crisis, is particularly reprehensible as it seeks to take advantage of the international community’s focus on the ongoing Covid-19 pandemic and further advance Bharatiya Janata Party’s ‘Hindutva’ agenda.”

The statement called on the United Nations and the world community to take notice of India’s actions and hold it “accountable for its persistent violations of international law”.

Last month, Pakistan had called on India to lift the communication blockade imposed in occupied Kashmir and ensure supplies of essential commodities in the valley to contain the spread of Covid-19 and mitigate the suffering of Kashmiris.

The Indian government had on August 5, 2019 repealed Article 370 of its constitution, stripping occupied Kashmir of its special status. It also divided up occupied Jammu and Kashmir into two union territories; one Jammu and Kashmir, and the other the Buddhist-dominated high altitude region of Ladakh. The bifurcation of the territory came into effect on October 31 last year.

A strict lockdown and communications blackout has been in place in occupied Kashmir since August last year, with reports suggesting limited mobile data services and internet were temporarily restored in the region in January.

Kashmir is a disputed territory claimed in full by both India and Pakistan. The UN Security Council has passed multiple resolutions recognising the Kashmir issue as an international dispute and calling for a plebiscite in the valley to give Kashmiris their right of self-determination.

Pakistan to get first shipment of COVID-19 vaccine by Jan 31: Qureshi