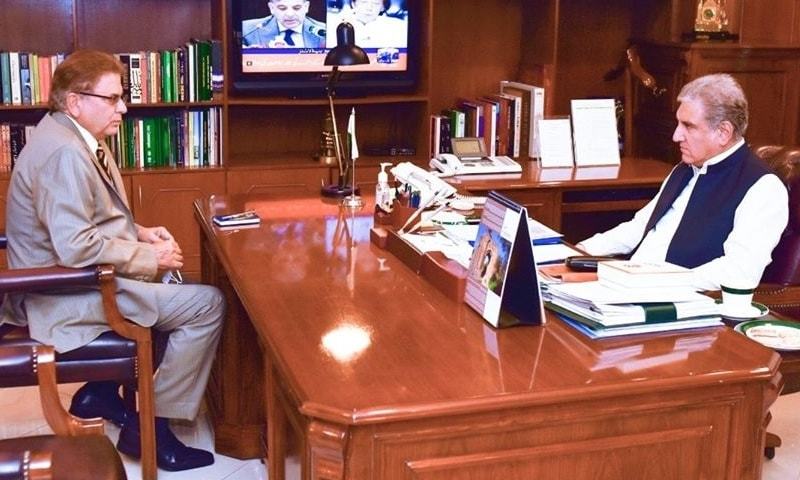 KARACHI: In what appears to be an attempt to strengthen its role in the ongoing Afghanistan peace process, the government has appointed veteran diplomat Mohammad Sadiq as Pakistan’s first special envoy for Afghanistan.

As no official notification with regard to his appointment has been released, or posted on any government website, the responsibilities and the role of Ambassador Sadiq in the peace process is not yet clearly known.

The news of his appointment became public when he called on Foreign Minister Shah Mahmood Qureshi in Islamabad on Saturday. According to the APP, the foreign minister felicitated Ambassador Sadiq on his new assignment and hoped that the appointment of an experienced diplomat on the crucial position would help further strengthen Pak-Afghan ties.

The development comes ahead of a visit of United States Special Represen­tative for Afghanistan Reconciliation Zalmay Khalilzad, who, according to the State Department, embarked on a new round of diplomatic trips to Qatar, Pakistan and Afghanistan on Friday.

Ambassador Khalilzad, who is often dubbed as the architect of the February 29 agreement with Afghan Taliban clearing the way for a US troop withdrawal, will meet Taliban leaders in Doha and Afghan and Pakistani officials in Kabul and Islamabad.

A State Department statement said the primary objective of his trip is to facilitate an agreement between the Afghan parties on the practical steps necessary for a smooth start to intra-Afghan negotiations.

Mr Sadiq, a career diplomat who retired in 2016 from the position of secretary of the national security division, was Pakistan’s ambassador in Kabul during between December 2008 and April 2014.

Earlier in the day, Foreign Minister Qureshi while talking to Mr Sadiq said Pakistan considered peace in Afghanistan a collective responsibility and it had sincerely played a reconciliatory role in the peace process, which was also lauded globally. He said that the region’s development was linked to durable peace and stability in Afghanistan.

He reiterated that Pakistan would continue playing its part for regional peace and stability.