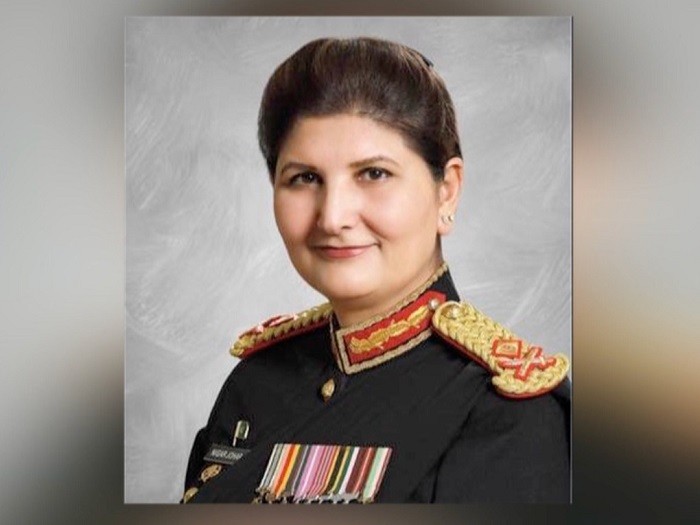 Lieutenant General Nigar Johar has become the first woman officer in the history of Pakistan Army to reach the three-star rank, the Inter-Services Public Relations (ISPR) said on Tuesday.

The newly appointed lieutenant general, who hails from the Panjpeer village in Swabi district, has been appointed as the first Surgeon General of Pakistan Army, the military’s media wing added.

In 2017, she became the third woman in the country’s history to hold the rank of a major general in the Pakistan Army.

According to media report published on Dawn.com, Johar is the daughter of Col Qadir, who had served in the Inter-Services Intelligence (ISI) and is the niece of retired Maj Mohammad Aamir, a former Pakistan Army officer who served in the ISI as well.

Both her parents died in a car accident 30 years ago.

Following the announcement, congratulatory messages poured in from politicians as well.

PML-N President Shehbaz Sharif also congratulated Johar, calling it a powerful message to women to achieve the impossible in life.

Senator Sherry Rehman also extended felicitation, saying that her hometown KP must be very proud upon her new post.