‘No nation can progress until it examines its past,’ says PM Imran at inauguration of Al-Beruni heritage trail – Pakistan 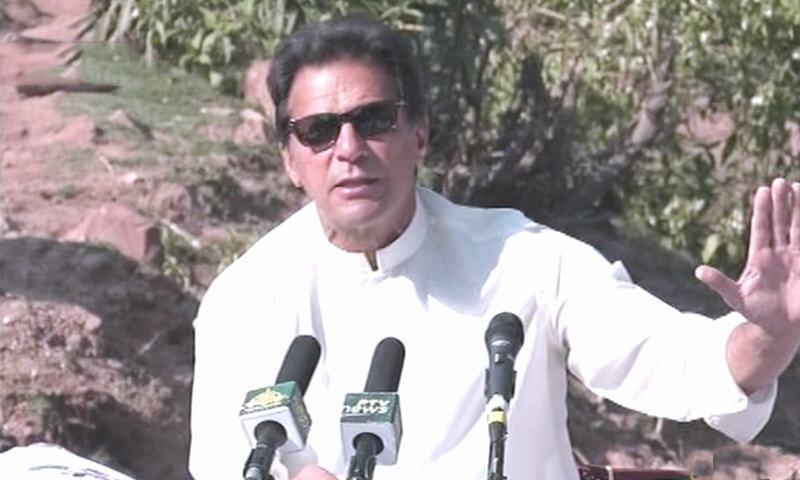 Prime Minister Imran Khan said on Sunday that an examination of the past was very important for a nation to progress and emphasised the value of future generations knowing about their history.

The prime minister was addressing the inauguration ceremony of the Al-Beruni Radius heritage trail at Nandana fort in Jhelum. The prime minister’s office said the premier was keen on the “preservation and conservation of the site” and aimed at converting it into an international tourism site. The trail will be a gateway to seven archeological sites, including Nandana fort, Shiva temple, Khewra salt mines, Malot fort and Takht-e-Babri.

The premier inquired from the gathered community why the protection and preservation of historical sites was necessary, before responding himself by reasoning that future generations must get the opportunity to know about their past. “No nation can really progress forward until it examines its past.”

He pointed out that all the developed nations of the world protected their old buildings, historical sites and ancient architecture. He lamented that Pakistan had neglected its historical sites such as Nandana fort and its archaeologists had done little to further the work of the British on excavating Mohenjo Daro and Harappa.

“We have to protect these things for the upcoming generations, and [for] our problem of livelihood, we have to give livelihood to our youth.

“Tourism is one thing which gives the most opportunities for livelihood and the way that God has blessed Pakistan, we can provide the kind [and range] of tourism to the world like no other country,” said the prime minister, elaborating on the diversity of tourism opportunities to be found in Pakistan from the coast to the mountains to historical sites.

The prime minister said the government was working on developing tourist areas of every type to “give opportunities for livelihood to our youth”.

He said tourists wouldn’t come unless they had places to stay at and they were properly attended to and taken care of, as happens in other tourism destinations across the world such as Switzerland, Malaysia and Turkey. “The local people do [this] because they are advantaged from it, you will get money, livelihood and the area will benefit.”

“Tourism is successful when local people make it successful. So we will first try to make the village a modern village and then give other facilities so tourists come, stay here, spend money and the whole area benefits.”

The prime minister said Nandana fort in particular was a “very special place” and would find its way on the world map since, “for the first time if someone tried to measure the [circumference of the] world then it was from there.”

“The amazing thing is the accuracy with which that result was found out by Al-Biruni after staying all those years there, the world today still accepts that it was almost accurate.”

Source Link: ‘No nation can progress until it examines its past,’ says PM Imran at inauguration of Al-Beruni heritage trail – Pakistan

Share
Previous VOA Newscasts (2 Minute)
Next Amber Heard fired from Aquaman 2 after falling a physical examination for her role?