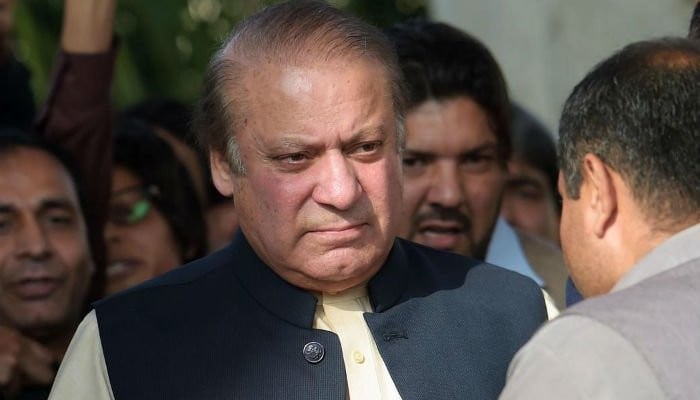 PML-N supremo Nawaz Sharif on Tuesday directed party members to stop meeting army and related agencies’ personnel, a few days after the DG ISPR revealed that the meetings between army chief Gen Bajwa and Mohammad Zubair had taken place at the latter’s request.

PML-N secretary-general Ahsan Iqbal, in a letter sent to party members, said: “The PML-N leadership is of the firm view that such meetings, even though conducted in good faith, may cause undue controversies.”

Iqbal said that the directions were given at the behest of Nawaz, and the reason was that “contents of such meetings may be selectively leaked in order to serve specific interests and malign the political fraternity”.

“In view of the above, it has been decided that in the future no party member shall meet any personnel from the armed forces and its related agencies whether in personal or official capacity,” the letter said.

Iqbal mentioned that if a situation arises where a meeting is in the interest of national security or the fulfillment of constitutional responsibilities, then it shall be done indiscreetly and with the prior permission of Nawaz Sharif.

The letter also mentioned that Nawaz expects strong and unwavering support from the party leadership at a time when the country is “passing through a defining democratic crisis”.

The PML-N supremo, a few days earlier, after the news of former Sindh governor Muhammad Zubair’s meeting with Chief of Army Staff General Qamar Javed Bajwa was out, had said that “current events show that certain meetings are kept secret”.

This game should stop now, the former prime minister had tweeted.