‘My father is a national hero’, says daughter of martyred security guard 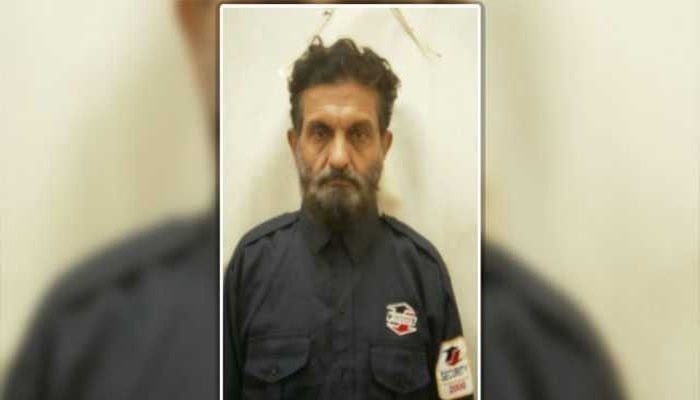 The daughter of martyred security guard Iftikhar Wahid — who lost his life fighting off terrorists during Monday’s attack on Pakistan Stock Exchange (PSX) — has said that her father was “her hero before, but now he is the hero of the entire nation”.

In an interview with Geo News on Tuesday, Vaneeza Iftikhar paid homage to her father, saying that he fought valiantly with the terrorists during the attack in order to avert any massive casualties planned by the attackers.

“We are five siblings. One brother is disabled and the other is a heart patient. My father never let us feel the deprivation of anything,” she shared.

The daughter of the martyred security personnel requested the government authorities to provide a job to her brother so that they can have a means of livelihood for their family after the demise of their father.

One policeman and two other security guards were also martyred in the line of duty.

Armed militants had arrived at the PSX compound in a sedan and attempted to enter it from the parking ground side, according to initial reports and eyewitness statements.

They were seen shouldering backpacks and carrying automatic weaponry in an amateur video captured by an eyewitness. The equipment, arms and ammunition recovered from them indicated that they had come prepared for a long siege.

After failing to enter the compound, the militants launched a gun and grenade attack and attempted to storm the building while opening indiscriminate fire. They were engaged by security personnel posted and failed to make headway amidst heavy exchange of fire.

The entire locality was later cordoned off by security forces and a search and clear operation was launched. The PSX was evacuated and the car that the militants arrived in was taken into custody.