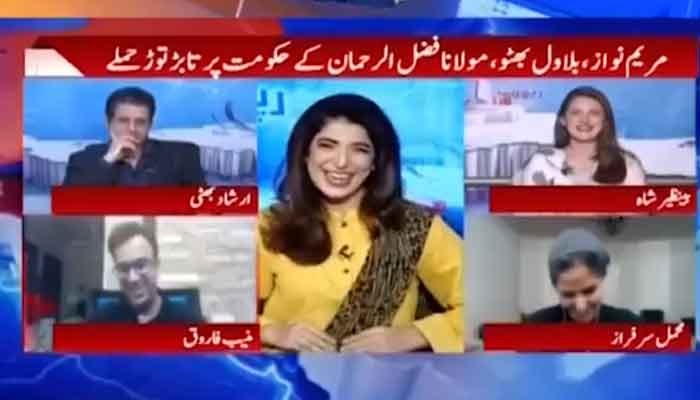 It was a sight for sore eyes on the latest episode of Geo News’s programme ‘Report Card’, when a “BBC moment” took place as the daughter of one of the panelists interrupted him during the live broadcast.

Geo News anchorperson Muneeb Farooq was answering a question about whether or not the Gujranwala rally has set the tone for the Opposition’s protest movement against the government when his daughter interrupted him, forcing the analyst to cut his talk short and laugh.

As Farooq began answering the question, his daughter’s voice could be heard in the background. Before long, his children came into the display, forcing Muneeb to cut short his discourse and talk to them.

Amused, the host on the other end exclaimed, “We’re having a BBC moment here in Report Card. It’s okay, Muneeb.”

She then told Muneeb that women handle these sort of situations quite efficiently. “It’s your test how you manage it.”