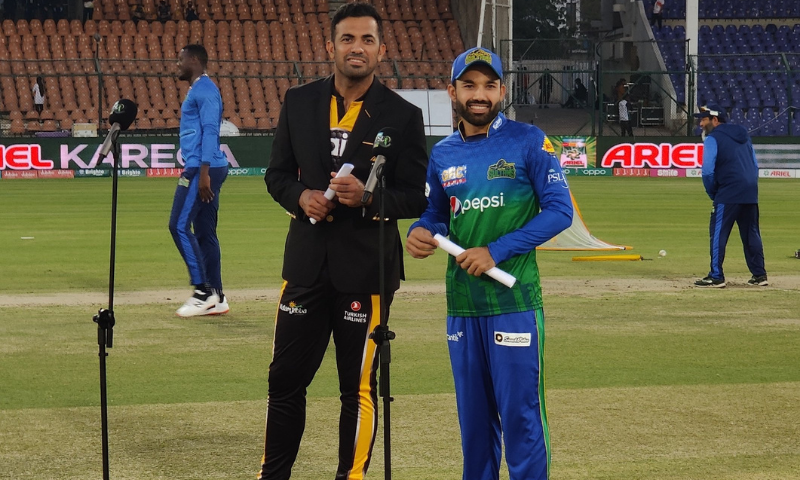 Multan Sultans are 88-1 at the end of 10 overs in their Pakistan Super League (PSL) 6 fixture against Peshawar Zalmi at the National Stadium in Karachi on Tuesday.

Mohammad Rizwan and Chris Lynn opened the innings for the Multan franchise but Lynn got caught out by Haider Ali off Mohammad Irfan’s ball in only the second over. James Vince, who replaced Lynn at the pitch, hit a couple of fours, trying to drive up the score after a slow start.

Earlier, Zalmi won the toss and chose to field first.

Both teams enter the contest having lost their previous matches.

The Sultans have made two changes to their lineup with Usman Qadir coming in for Sohaibullah and Shahnawaz Dhani making his debut.