MQM-P should not compromise stance for sake of another federal ministry: Sindh govt spokesman – Pakistan 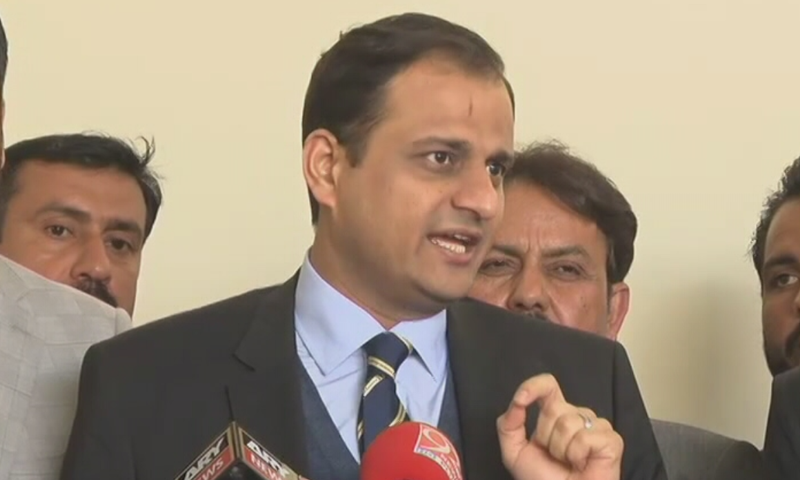 Sindh government spokesperson Barrister Murtaza Wahab on Tuesday said that the Muttahida Qaumi Movement – Pakistan (MQM-P) should stand by its decision to withdraw a minister from the federal cabinet, urging the party not to “compromise for the sake of another ministry”.

“The federal government has failed to address Karachi’s concerns. I urge MQM to fight on behalf of Karachi and not compromise for the sake of another ministry.

“If we all rally and unite behind this cause, the federal government will be forced to transfer the Rs162 billion which was allocated under the development programme,” he said.

Addressing the media in Karachi on Tuesday, Wahab said that in his opinion, the MQM’s decision to give back a federal ministry was the result of Pakistan Peoples Party (PPP) Chairman Bilawal Bhutto-Zardari’s offer to give the party ministries in Sindh in exchange for breaking its alliance with the ruling Pakistan Tehreek-i-Insaaf (PTI) in Centre.

“However, not a single one of those promises has been fulfilled, whether it was funding development programmes, funding the Karachi Metropolitan Corporation, funding projects in Hyderabad or funding hospital in Mithi.

In a surprise move last week, MQM-P Convener Khalid Maqbool Siddiqui had resigned as the federal minister for information technology because he said the ruling PTI “did not fulfil its promises”. But Siddiqui insisted his party would continue to support the Prime Minister Imran Khan-led government.

MQM-P also clarified that its senator, Farogh Nasim, who is the federal minister for law, will continue to be part of the cabinet. The party did, however, claim that the government had not consulted it before giving Nasim the portfolio of law. Siddiqui went on to say that his party was promised one more ministry but despite repeated assurances, the PTI-led government did not fulfil its promise.

After the general elections in August 2018, PTI and the MQM-P had signed a nine-point memorandum of understanding (MoU) following which the latter joined the PTI-led coalition government in Centre and was also assigned two federal ministries – those of information technology and law.

Senior MQM-P leader Faisal Subzwari had earlier told Dawn that after Siddiqui’s press conference, Prime Minister Imran Khan had personally contacted the MQM-P convener and assured him that he would look into his party’s legitimate concerns.

Siddiqui’s announcement came just weeks after PPP chairman Bilawal Bhutto-Zardari’s public offer that the PPP was ready to embrace the MQM-P as a coalition partner in Sindh provided it helped the opposition in bringing down the PTI-led federal government.

Siddiqui clarified that his decision to quit the federal cabinet had nothing to do with the “recent offer of ministries from a party”.

He explained that MQM-P had supported the PTI government for strengthening the democratic system, but to date it had not seen any serious headway on even one of the many points of the MoU it had signed with PTI.