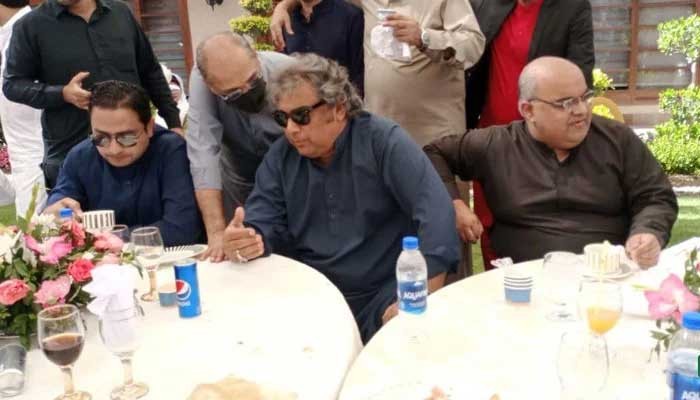 Political manoeuvring is on the rise for the March 3 Senate elections and after the PPP, PTI has also become active in Karachi.

PTI has sprung into action due to the possibility of seat adjustments between PPP and MQM, due to which ally parties were invited to a luncheon on Sunday in honour of PTI chief organizer Saifullah Niazi.

The luncheon was attended by Grand Democratic Alliance President Sadruddin Shah Rashdi, Hasnain Mirza, Shehryar Mehr, and others from the alliance. However, no member from MQM showed up, it emerged.

MQM has convened an important meeting of the Raabta (Coordination) Committee this evening to consider PPP’s proposal for the Senate polls.

The party’s leadership has directed all its Members of the Provincial Assembly to reach Karachi. The MPAs will be housed at different places in Karachi for three days and will reach the Assembly together to cast their votes on polling day.

MQM leaders have thus far expressed the view that a vote for Yousuf Raza Gilani would be tantamount to a vote of no confidence against PM Imran Khan and so they are of the opinion that “unity cannot be sacrificed for two Senate seats”.

Talking to the media after lunch, PTI leader Maulvi Mahmood said that he had invited the parties for lunch in honour of the candidates standing for Senate election. He said despite an invitation, the MQM delegation could not come due to a busy schedule.

On the other hand, the MQM spokesperson said that the party’s members could not attend the PTI luncheon due to a prior organisational engagement.

The spokesperson said that all the parties are engaged in preparations for the upcoming polls with their own respective approaches and that MQM is in constant touch with the PTI and GDA leadership regarding the Senate elections.