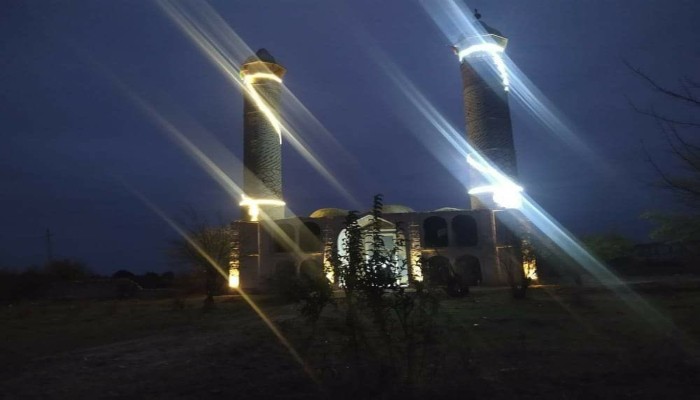 The Agdam Juma Mosque, located in the ghost town of Agdam, Azerbaijan, came to life after 27 years as it was partially demolished during the Armenian occupation in the ’90s.

“After 27 years, the Aghdam Juma #Mosque, partially destroyed and insulted during the occupation by Armenia, has acquired a radiance, light, and power!” the ambassador of the Republic of Azerbaijan to the Islamic Republic of Pakistan, Ali Alizada wrote on Twitter.

According to Azer News, an Armenian attack on Aghdam razed the city to the ground, turning it into a “ghost city”.

“Also called as “Hiroshima” of the South Caucasus, Aghdam is a vivid example of Armenian aggression and vandalism,” read the publication.

Read more: Why are Armenia and Azerbaijan fighting?

Aghdam is one of the seven surrounding districts around the Nagorno-Karabakh region of Azerbaijan that were occupied by Armenian force in the early 1990s, it added.

Earlier on November 11, Azerbaijan citizens had celebrated ‘Victory Day’ after fierce clashes with Armenia ended as a Russia-brokered ceasefire agreement was announced.