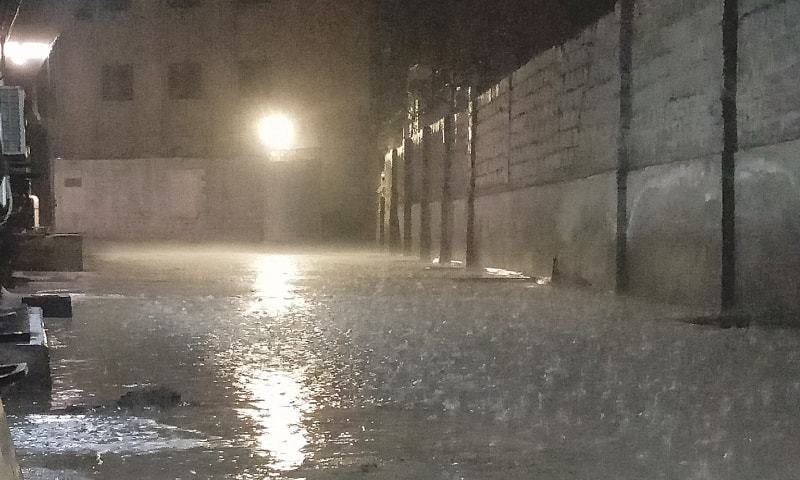 The Pakistan Meteorological Department on Thursday predicted rain and thunder in Karachi from tomorrow in a second spell of downpour this season.

The department’s director, Sardar Sarfaraz, said the spell would last a day or two and would be preceded by dusty winds.

“Initially we had said that the second spell would start from July 15 but then the situation changed and it appeared that it would start after July 20.

“[However], a similar low pressure area has developed almost in the same place as in the first spell, around the Indian Rann of Kutch and the Arabian Sea,” he said, adding that some areas of Sindh, including Tharparkar, Badin and Thatta have already seen some rain.

“There might be light rain in areas of Karachi tonight and it is expected that there will be thunder and rain along with strong winds from tomorrow.”

The official said temperature in Karachi could range between 38 and 40 degrees Celsius today (Thursday) but would be “considerably reduced” after tomorrow’s rainfall.

See: In pictures: Rain brings respite from suffocating heat to Karachi, along with the usual miseries

‘Same paper pattern’ to be followed in Matric, Inter exams in 2021