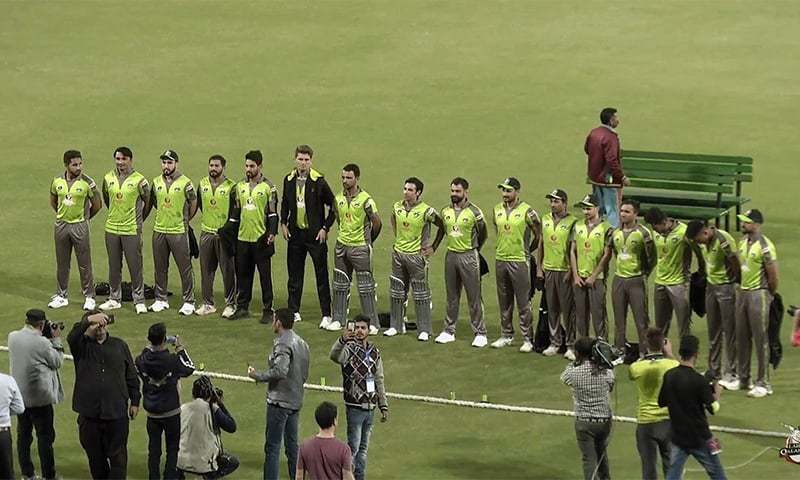 Lahore Qalandars set a meagre target of 136 runs for the Marylebone Cricket Club (MCC) team on Friday, during their Twenty20 match at Gaddafi Stadium in Lahore.

With 45 runs off 36 balls, Zaman was the top-scorer of the side.

Earlier, MCC had won the toss and chose to bowl.

The London-based MCC team, which arrived in Lahore on Thursday, will play four limited-overs matches against local teams during their stay in the provincial capital. The 12-man touring squad comprises players from English counties such as all-rounder Ravi Bopara and spinner Samit Patel.

After their match today, the visitors will take on Pakistan Shaheens in a 50-over match at the Aitchison College ground on Monday. The MCC will then compete against Northern (February 17) and Multan Sultans (February 19) in two T20 matches at the same venue.