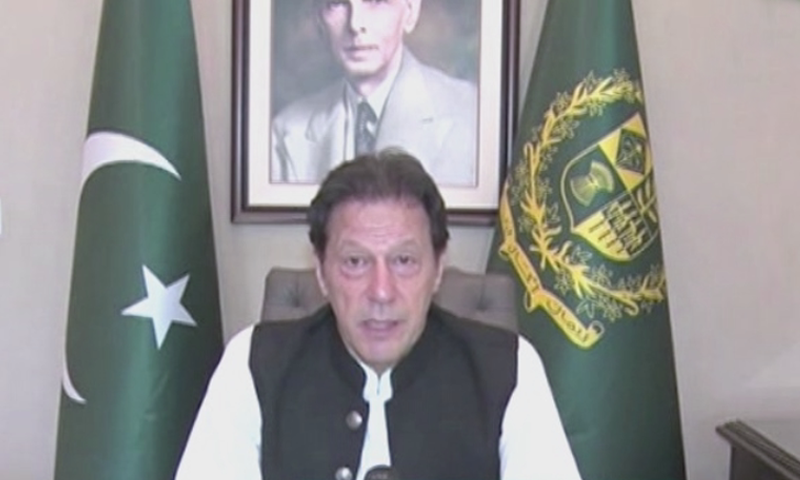 Prime Minister Imran Khan, in a televised addressed to the nation on Independence Day, said that the past two years were difficult, but things were now “improving”.

“We had a very difficult two years. We didn’t have foreign exchange and couldn’t pay our debts,” he said on Friday.

“We have avoided a huge crisis because we didn’t default [payments]. But I know it hasn’t been easy for the people, I understand the difficulties they faced and still are facing.”

However, the economy has improved, the premier said, saying that the stock market trends indicate the confidence of investors and business community in the economy. He attributed the improvement in the economy to the boom in the construction sector which led to jobs and wealth creation.

“Despite the pandemic, our tax collection in June exceeded our targets,” he said, adding that exports have gone up, despite the coronavirus crisis that has wreaked havoc on global economy.

He also congratulated the nation for coming together and “fighting against the coronavirus” and said: “Hardly any other nation was able to successfully balance” between economy and the virus. He pointed out that the number of confirmed coronavirus cases had reduced and economy had started an upward journey as well.

“This does not mean we have won this battle,” he cautioned and urged people to continue taking precautions, the most important and basic of which is to wear a mask while leaving the house.

The prime minister also told the nation that the government had reached an agreement with independent power producers which would lead to a reduction in the cost of electricity production, thus reducing power charges.

The premier said that Pakistan was “a glorious dream” of an Islamic welfare state where law was supreme and everyone had equal rights regardless of their race, caste or religious beliefs. Hard work and determination was needed to realise this dream, the premier said, adding that the government was now working towards achieving the vision of the forefathers.

Share
Previous Pakistani musician claims Mahest Bhatt’s Sadak 2 copied his song
Next Mithali Raj: Give your best. You might not get such chances time and again