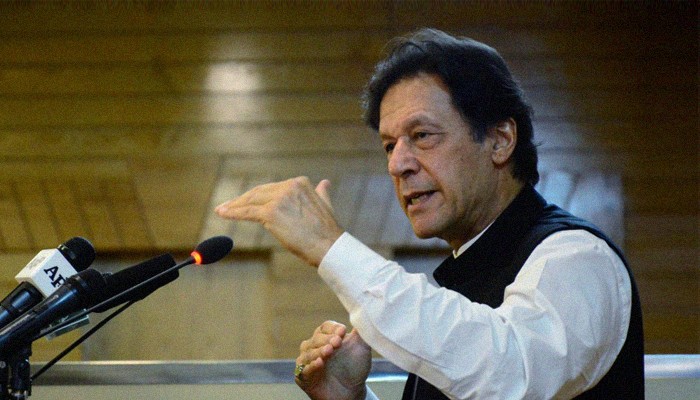 ISLAMABAD: Prime Minister Imran Khan on Sunday urged the global fraternity, especially women, “to become the voice of resilient Kashmiri women for peace” in the occupied Muslim-majority region that has been under an Indian military lockdown for nearly 200 days.

Highlighting the Kashmir Women Resistance Day, he spoke of how the Indian forces have continuously engaged in war crimes against women of the Himalayan territory for almost 70 years.

“Today is Kashmir Women Resistance Day. For 7 decades, Indian forces have committed war crimes against women in IOJK. Their sufferings have multiplied after 5 Aug siege by Modi Govt,” the PM wrote on Twitter.

“I urge world community, esp women, to become voice of resilient Kashmiri women for peace in IOJK,” he added.

Back on August 5, 2019, India had unilaterally scrapped Article 370 of the Constitution, effectively removing occupied Kashmir’s special status, and imposed a military lock-down, as well as a communications blackout.

Earlier this month, PM Imran had said India’s move to revoke Kashmir’s special status was a “fatal” one by Prime Minister Narendra Modi’s government and that it would lead to the region’s independence.

“I believe due to this action by Modi in August, Kashmir would be made independent,” the premier had said. “Before August 5 the world did not care or listen about the injustice in Kashmir.”

“August 5 was a fatal mistake and Modi cannot back down now. He did this because he got a big mandate in the elections he campaigned against Pakistan and brought the Hindutva philosophy and teach a lesson to Pakistan.

PM Imran added that before August 5, last year, the issue “was all hidden” and that highlighting the Modi administration’s Rashtriya Swayamsevak Sangh (RSS) philosophy at the UN General Assembly was in line with his promise to “become a messenger of Kashmir”.

He also spoke of explaining the Kashmir issue to US President Donald Trump, who he told thrice what the contention was. “I know how the west gets affected and any philosophy equated with Nazis cannot be ignored They know what is Nazi philosophy.”

An attack on Pakistan will be the last mistake Modi makes: PM Imran