Kartarpur Corridor: Will you give Imran Khan a chance to thank you? FM Qureshi asks Modi | Pakistan 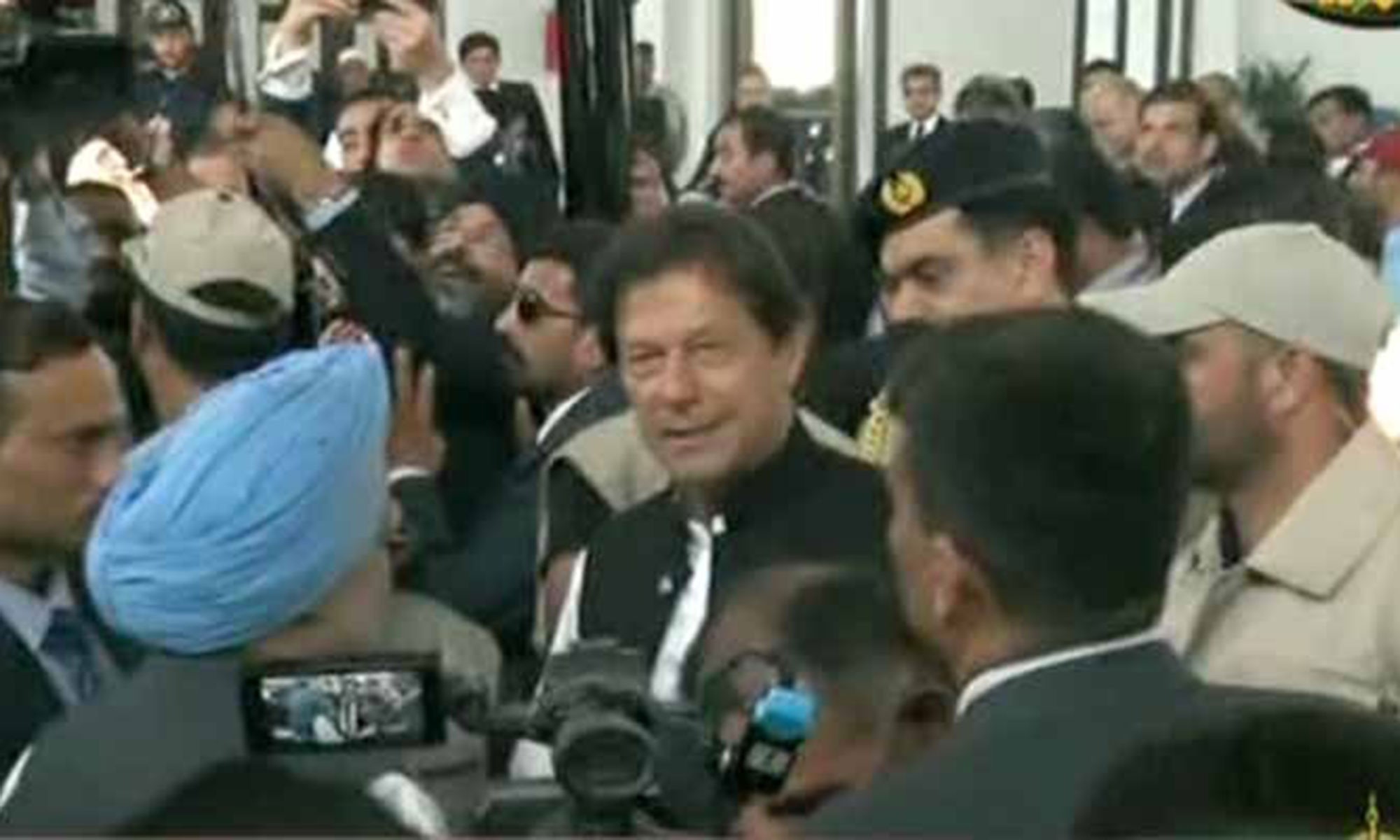 The Government of Pakistan has fulfilled a long-awaited demand of the Sikh community and Prime Minister Imran Khan is going to inaugurate today the extended Gurdwara Darbar Sahib and the Kartarpur Corridor.

Gurdwara Darbar Sahib, situated in Kartarpur, is the second holiest place for the Sikh community. This is 120 km away from Lahore and situated in a small village of Kotheypind at the bank of River Ravi — at a distance of only 4 km from Pakistan-India border.

This village is included in Shakargarh tehsil of Narowal district and the beautiful white Gurdwara looks elegantly placed between the grasslands.

It has been said in the agreement reached between Pakistan and India that daily five thousand Sikh yatris (pilgrims) will be allowed to visit the Gurdwara through the Corridor.

To facilitate the Sikh yatris, the government has installed 130 counters, where their passports will be confirmed or scanned, and permit will be verified.

Pilgrims will be charged $20 each under service charges. However, they will be exempted from paying the charges on the day of the 550th birth anniversary of Baba Guru Nanak.

Related: In pictures: What does Gurdwara Darbar Sahib Kartarpur look like now?

After their immigration process is completed, the pilgrims will reach the Gurdwara by bus through the 4km-long Corridor.

“Imran Khan has created history with Kartarpur Corridor,” Qureshi said. “Kartarpur has been opened for Sikhs from all over world,” he added.

Prime Minister Imran Khan arrived in Kartarpur for the inauguration ceremony of the corridor.

The premier arrived from Islamabad via Sialkot and was accompanied by Special Assistant on Information Firdous Ashiq Awan, Senator Javed Khan, Special Assistant to the PM for Overseas Pakistanis Zulfi Bukhari and other officials.

Earlier, Indian authorities had barred Sidhu from entering Pakistan through the Attari-Wagah border.

“Today is a historic moment for the Sikh community,” Singh said on arrival. “Opening of the corridor will help improve relations between Pakistan and India.”

Members of the Sikh community continue to arrive from all over the world for the inauguration of the Kartarpur Corridor.

According to sources, despite having a five-day visa the Indian authorities at Attari stopped the cricketer from entering Pakistan.

Indian Prime Minsiter Narendra Modi thanked Prime Minister Imran Khan  on Saturday for his “cooperation” on a visa-free corridor allowing Indian Sikhs to visit one of their religion´s holiest sites across the border in Pakistan.

“I would like to thank the Prime Minister of Pakistan, Imran Khan, for respecting the sentiments of India. I thank him for his cooperation,” Modi said in televised comments from the inauguration of the corridor on the Indian side of the border.

The PM said we believe that the road to prosperity of region and bright future of our coming generation lies in peace.

Congratulating the Sikh community on both sides of the border and the world over on the historic day, PM Imran said the significance of the event for the Sikh community, on 550th birth anniversary of Baba Guru Nanak Dev Ji, could be well understood by Muslims who knew what it meant to visit the holy places.

He said the inauguration of Kartarpur Corridor was a manifestation of the fact that our hearts are always open for the followers of different religions as enjoined by our great religion and envisioned by the Father of the Nation.

The premier said today we were not only opening border but also our hearts for the Sikh community.

He said unprecedented gesture of goodwill from the Government of Pakistan was a reflection of its deep respect for Baba Guru Nanak Dev Ji and religious sentiments of the Sikh community.

The prime minister said Pakistan believes that interfaith harmony and peaceful coexistence would provide an opportunity to work for larger interests of the people of the sub-continent.

‘This land is sacred’

Indian Prime Minister Narendra Modi will see off the first group of pilgrims later Saturday and they will be welcomed by Prime Minister Imran Khan at the shrine.

Pakistan has employed hundreds of labourers to spruce up the shrine, including building a border immigration checkpoint and a bridge, as well as expanding the site’s grounds.

Who is attending the historic event?

From India, Congress leader Navjot Singh Sidhu will arrive for the inauguration ceremony as the government of Pakistan granted him a visa on Thursday.

Source Link: Kartarpur Corridor: Will you give Imran Khan a chance to thank you? FM Qureshi asks Modi | Pakistan