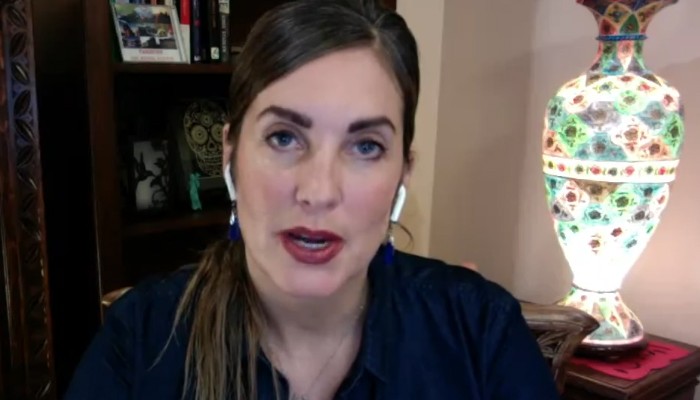 The Justice of Peace in Islamabad has summoned US blogger Cynthia Ritchie along with officials from the Pakistan Telecommunication Authority and the Federal Investigation Agency’s cybercrime wing on June 9.

The summons have been issued in connection with the ongoing feud between PPP and Ritchie which seemed to have begun with her “slanderous” remarks against Benazir Bhutto, but what the blogger claims likely stem from “dirt” she has on the party.

PPP district president in Islamabad, Advocate Shakeel Abbasi, in a conversation with Geo News said that the sessions judge was approached after the FIA did not file a case against Ritchie for her remarks against the late PPP leader.

“Cynthia Ritchie, FIA and the Islamabad SSP have been summoned on my request under Section 22-A [of the Code of Criminal Procedure],” he said.

The judge “on receipt of information of the occurrence of any incident involving a breach of the peace or of the commission of any offence within such local area” will make inquiries into the matter.

His powers extend to handling complaints, issuance of recommendations to the duty police officers regarding registration of criminal cases, and transfer of investigation from one officer to another.

Meanwhile, contents of a letter Ritchie wrote to the FIA after a complaint was filed against her by the PPP, have emerged.

“I am a freelancer and pay taxes to FBR and report my income to IRS in USA. I am not on government payroll. I take projects (such as KP Dept of Archaeology/Engro/and some cleared NGOS) as matters of personal and professional interest,” she wrote, adding that she has been in Pakistan for “10+ years”.

She said she has been working on an “investigative film”.

“To be fair, I’ve wanted to do a documentary on Bilawal as a potential future leader. I have no interest in fighting PPP,” Ritchie said.

Last week, the PPP advocate had moved a complaint with the FIA’s cybercrime wing against Ritchie for her “slanderous” remarks against late party leader Benazir Bhutto.

“Through this application, it is brought to your notice that a woman, who goes by the name of Cynthia D Ritchie on Twitter has passed extremely derogatory and slanderous remarks about Shaheed Mohtarma Benazir Bhutto, through her Twitter handle/account,” the letter dated May 28 read.

“Her remarks being false, untrue, defamating and slanderous as they are, have caused immense pain and agony to the millions across Pakistan who revere and hold Shaheed Mohtarma Benazir Bhutto in high esteem,” it said.

“Your office is requested to take immediate action and initiate proceedings against this woman as prescribed by the law and under your mandate. A photocopy of the tweet, a true portrayal of her sick and disgusting mind is attached with the application,” the letter added.

A day earlier, Ritchie made explosive claims, accusing former interior minister Rehman Malik of raping her, in a video broadcast live on Facebook.

The US blogger further claimed she was a victim of cyber harassment by various members and supporters of the PPP.

Malik has vehemently denied the accusation, terming it “baseless, shameful, and inappropriate”.

The PPP leader’s spokesman, in a statement, said that the purpose behind the US blogger’s allegations was to damage the reputation of Malik.

“The US woman made the inappropriate allegations against Rehman Malik upon the instigation of a certain individual or a group,” said the spokesman on behalf of the former interior minister.

Gillani, too, has flatly denied the allegations.

“Can a prime minister ever commit such an act at the Aiwan-e-Sadr?”

“What was the lady levelling such accusations doing at the Aiwan-e-Sadr?” he continued, adding: “Who gave her the right to accuse politicians like this?”

He said responding to such statements would be “contemptuous”.

He noted that Ritchie had recently levelled several accusations at former Pakistani prime minister and late party leader Benazir Bhutto and “no one can tolerate such accusations”.

“I am not worried about what was said about me. I am more concerned about the baseless accusations levelled at Shaheed Benazir,” Gillani said.

Share
Previous California allows film, TV, and music production to resume from June 12 if conditions permit
Next I have no plans of joining politics: Shahid Afridi