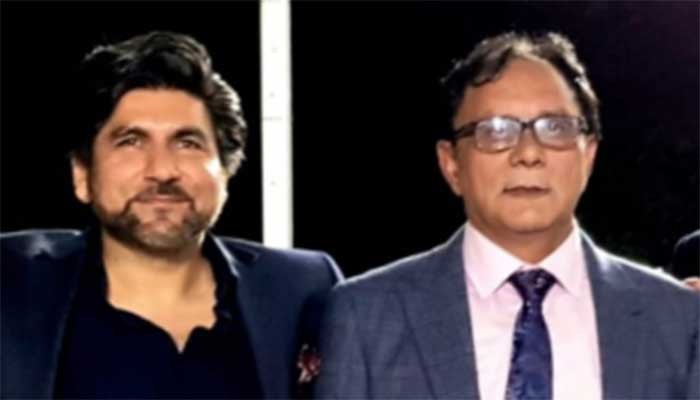 LONDON: The UK chapter of the ruling PTI has been the subject of internal squabbles after PTI UK General Secretary Zafar Iqbal Romi Maik’s basic party membership was suspended for six months.

According to a notification issued by the PTI’s Standing Committee on Accountability and Discipline (SCAD) UK, the members found “clear proof provided by the complainant against Mr Romi that he went public on an internal issue related to the PTI’s national body meeting, chaos was created which resulted in a huge disrepute for all volunteers and the party itself.”

A few months ago in Birmingham, PTI members got into a fight in Birmingham after one group was denied entry into an event where President Shirjeel Malik and others were in attendance. Malik was seen protesting at the event with his colleagues.

SCAD UK also held that Malik had been using abusive language against PTI colleagues on other occasions. Malik has, however, denied the accusation and said a rival group has been running a campaign against him.

Akram Dhareeja, a founding member of the PTI UK, held the suspension unconstitutional and argued that it was a case of internal fighting between Malik and the PTI UK President Shirjeel.

Dhareeja said that the PTI was a political party hence it should allow space for different views and opinions.

The suspension letter issued to Malik, a copy of which has been seen by The News, sought a response from him in seven days. However, according to sources privy to the matter, Malik was suspended after just five working days which raises suspicions about the decision.

Shirjeel also took to social media to advise party members not to discuss internal party issues publicly. “I am very well aware of the social media campaign being carried out against me by a small group of people, unfortunately from within our party,” he said.

The PTI UK president added, “I reiterate once again, all inter-party matters must be discussed ONLY within party setup.”

Shirjeel also warned that strict action against anyone breaching the party’s code of conduct would face strict disciplinary action.

In a statement released in the aftermath of this controversy, Taqveem Ahsan Siddiqui, who serves as the information secretary PTI UK said, “This is in response to media enquiries about suspension of PTI UK General Secretary Mr Zafar Iqbal Roomi Malik. It can be confirmed that after completing their disciplinary process, PTI’s internal disciplinary body, Standing Committee for Accountability and Discipline (SCAD) has suspended Mr. Zafar Iqbal Roomi Malik’s party membership for six months for breach of party discipline and violation of party constitution.”

“The disciplinary matter was brought into attention of SCAD a few months ago and was probed as per SCAD processes. Discipline within the party ranks and responsible behaviour by party office holders is very important, PTI takes such issues very seriously. It is imperative that any further comments of speculative inferences are avoided on this matter.”

This internal conflict within PTI UK comes at a time of reports of infighting within PTI Pakistan. Earlier, Minister for Science and Technology Fawad Chaudhry had alleged that the PTI government was unable to deliver its agenda of change due to the conflicts between PTI stalwarts like Jahangir Tareen, Shah Mahmood Qureshi and Asad Umar.

Former Pope Benedict XVI, the first pontiff in 600 years to resign instead of ruling …