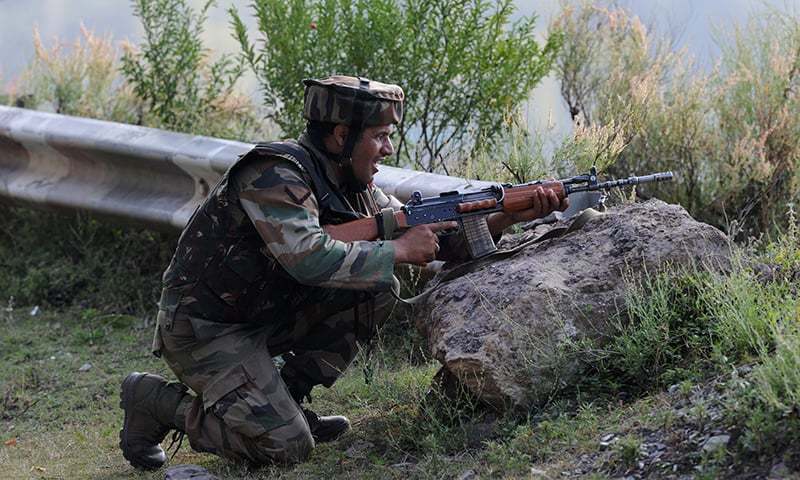 The Foreign Office (FO) on Saturday summoned a senior diplomat from the High Commission of India to register Pakistan’s strong protest on the ceasefire violations by the Indian occupation forces along the Line of Control (LoC) in Nezapir and Rakhchikri Sectors on Feb 14.

According to an FO statement, due to indiscriminate and unprovoked firing by Indian occupation forces, an innocent civilian minor, 13-year-old Abida Jamal, resident of village Fatehpur, sustained serious injuries.

“Pakistan urged the Indian side to respect the 2003 ceasefire understanding; investigate these and other incidents of ceasefire violations; instruct the Indian forces to respect the ceasefire in letter and spirit and maintain peace on the LoC and the Working Boundary,” the statement said.

The statement said that the meeting discussed that India cannot “take attention away from the worsening human rights situation in in occupied Kashmir” by raising tensions along the LoC.

The statement further said that the Indian forces along the LoC and Working Boundary have continuously been targeting civilian populated areas with artillery fire, heavy-calibre mortars, and automatic weapons, which still continues.

A new WhatsApp update will enable users to delete images, videos or gifs on someone …