In the ‘mini-Kabul’ of Peshawar, Afghan refugees mark 40 years in peaceful Pakistan | World 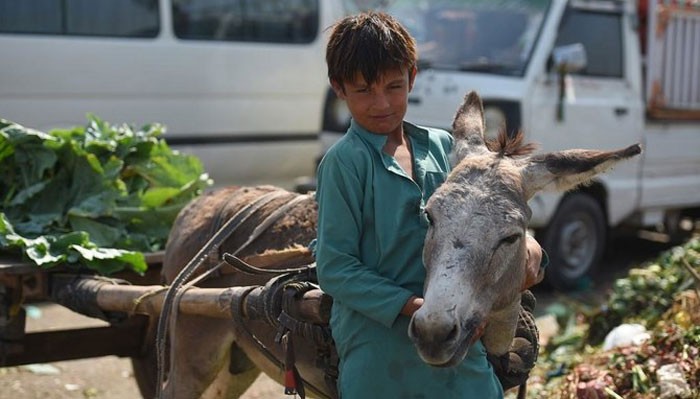 PESHAWAR: Afghan boys sell fresh fruit on carts, signs are written in Dari or Pashto, and restaurants in the bustling bazaar sell Afghan dishes such as Kabuli pulao. But this “mini Kabul” is in Pakistan, which this week marks 40 years of hosting Afghan refugees.

It is a grim milestone for entire generations of families who fled war to create a life in Pakistan, but still face an uncertain future and no clear path to citizenship. “We spent an entire life here,” says Niaz Mohammed, a 50-year-old labourer from Afghanistan’s Nangarhar province who fled to Pakistan in the 1980s.

“We had weddings and marriages here, our kids were born here … We have jobs and work here, while there’s no peace in Afghanistan. That’s why we are happy here.” On Sunday UN Secretary General Antonio Guterres will arrive in Islamabad for a conference the United Nations says will “send a global reminder about the fate of millions of Afghans living as refugees”.

“The main challenge right now is to continue to provide support to Pakistan in hosting them … and also give access to skills and education for the young Afghan population here,” Indrika Ratwatte, Asia director of the UN refugee agency UNHCR, told AFP on Friday.

Pakistan is one of the largest refugee-hosting nations in the world, home to an estimated 2.4 million registered and undocumented people who have fled Afghanistan, some as far back as the Soviet invasion of 1979.

Many live in camps, while others have built lives for themselves in Pakistan’s cities, paying rent and contributing to the economy. “Mini Kabul”, the bustling Refugee Market in the northwestern city of Peshawar is home to some 5,000 shops — all run by Afghan refugees.

But their status has always been temporary, with deadlines set for them to leave Pakistan repeatedly pushed back as the conflict in Afghanistan worsens.  Even those who have spent decades in the country cannot own property or obtain identity cards, and were only recently allowed to open bank accounts.

Shortly after he came to power, Prime Minister Imran Khan vowed to grant them citizenship — but the controversial promise sparked outrage, and has not been spoken of since.

‘I prefer to stay’

Nevertheless, many of the refugees who spoke to AFP in Peshawar recently said they love their adopted home. Javed Khan, 28, was born in Pakistan, has married a Pakistani woman and has three sons of his own.

“I will leave only if Pakistan forces me,” he told AFP. The situation could yet change: Afghanistan may be about to take the first step on the long road to peace. Late Thursday the US said it has secured a seven-day reduction in violence in the country that it hopes will allow it to strike a deal with the Taliban, as President Donald Trump said a peace accord was “very close”.

Such a deal would allow Washington to begin withdrawing troops, in return for security guarantees from the Taliban and a promise to begin peace talks with the Afghan government. However refugees were sceptical about what it would mean for them.

Mohammed Feroz, who came to Pakistan just over 40 years ago from Kabul, now runs a cloth shop in “mini Kabul”. Sitting in a chair at the front of his shop, he said he supported the withdrawal of US troops — but was leery of US and Taliban motivations.

“They are after their interest. No one cares about us, God is the only hope for us,” he said. Even if peace comes, most refugees said that they would prefer to stay in Pakistan, where they can support their families.

In the Khurasan refugee camp outside Peshawar an estimated 5,000 refugees live in poverty. Yaseen Ullah, 26, collects scrap and sells it to junkyards. His family — his mother, four brothers, and four sisters — share a two-room mud house with no plumbing.

They also came from Nangarhar province across the border — and, despite the harshness of life in the camp, are not eager to go back. “I have no job, no work in Afghanistan. So what will I do there?” Ullah asked.

Mohammad, the labourer from Nangarhar, agreed. “I have to feed my family, my kids,” the father of seven, all born in the camp, told AFP, speaking Pashto with a Pakistani accent. “I am saying it from my heart and I am very clear on it, that I will prefer to stay here. I do not want to return.”

Share
Previous Tour Game | Hanuma Vihari: There was a lot of grass cover and we lost four early wickets
Next Katie Price living in squalid conditions with decaying food, animal waste all over her mansion | Entertainment