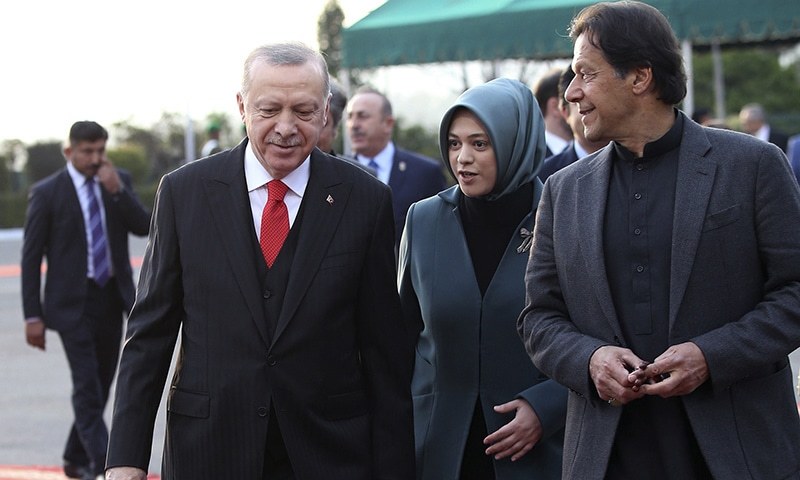 The trip with a packed schedule saw the signing of 13 memorandums of understanding for cooperation in various areas.

After being welcomed and personally driven from the Nur Khan Airbase by Prime Minister Imran Khan on Thursday, the Turkish leader was presented a guard of honour at Prime Minister House. President Erdogan, who was joined on the trip by First Lady Emine Erdogan, later held a meeting with President Arif Alvi at the Aiwan-i-Sadr.

His schedule for Friday was packed. In the morning Erdogan addressed a joint session of Parliament for a record fourth time and spoke at the Pakistan-Turkey Business and Investment Forum. He later held a one-on-one meeting with Prime Minister Imran and co-chaired a meeting of the Pakistan-Turkey High Level Strategic Cooperation Council.

The visit saw the signing of 13 memorandums of understanding (MoUs) for cooperation in various areas. Erdogan, who referred to Pakistan as “our second home” at a joint presser with Prime Minister Imran, departed from Islamabad on Friday evening.