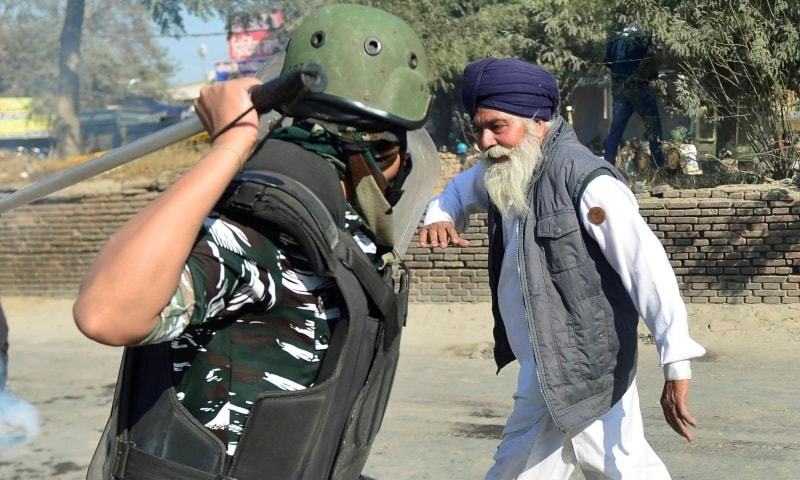 Twitter has labelled a tweet by the IT head of India’s ruling Hindu nationalist Bharatiya Janata Party (BJP) party as “manipulated media”.

Indian media reports on Wednesday said the flagging of Amit Malviya’s tweet about police action during an ongoing farmers’ protest near the capital Delhi was the first instance of Twitter proceeding against “fake news” in India.

In the tweet in question, Malviya was responding to a post by Congress leader Rahul Gandhi. Gandhi had tweeted a photograph showing a policeman wielding his baton against a protesting elderly farmer, writing in Hindi: “It is a very sad photo. Our slogan was ‘Jai Jawan Jai Kisan’ but today PM Modi’s arrogance made the jawan stand against the farmer. This is very dangerous.”

In response, Malviya on November 28 posted a “propaganda vs reality” video purporting to show that the farmer was, in fact, not hit by the police baton, The Hindu reported. In the accompanying caption, he said “Rahul Gandhi must be the most discredited opposition leader India has seen in a long long time.”

But fact-check websites contradicted the BJP leader’s claim, saying he had posted a cropped video. Alt News shared a longer version of the video which showed two policemen swinging their batons at the farmer one after the other. Malviya’s video showed only the second cop whose baton missed the farmer.

“Amit Malviya shared a few seconds of a clipped video to suggest that the elderly farmer wasn’t hit. This was an attempt to water down the force used by police against the protesters. It must be pointed out that whether the baton touched the farmer or not is irrelevant. The video was shot at a time when large numbers of protesters had broken police barricades and the cops were retaliating with lathi-charge and tear gas,” the news outlet said in a report.

BoomLive, meanwhile, identified the farmer, who stated that he was hit and showed bruises he said were from the incident.

Twitter subsequently labelled the tweet as “manipulated media”, saying the video shared by Malviya was edited, according to fact-check websites.

The site says it “may label Tweets that include media (videos, audio, and images) that have been deceptively altered or fabricated”. While it says in most cases the action is restricted to labelling, media that check all three warning boxes — are synthetic or manipulated, are shared in a deceptive manner, and are likely to cause harm — can be removed.