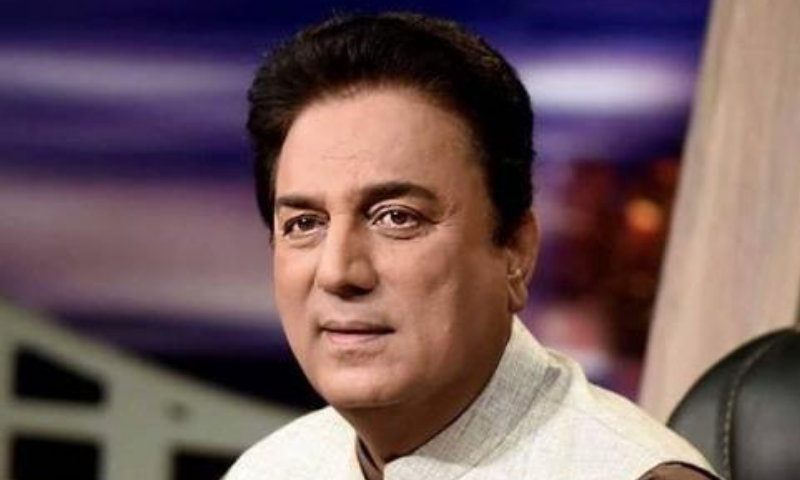 The Islamabad High Court (IHC) on Thursday restrained Naeem Bokhari from working as chairman of Pakistan Television (PTV) while hearing identical petitions against his appointment.

Presiding over the case, IHC Chief Justice Athar Minallah observed that there needed to be a clear reason for relaxing the upper age limit for 65-year-old Bokhari, referencing the Supreme Court decision to set aside the appointment of Ataul Haq Qasmi as the PTV chairman.

The court noted that the Ministry of Information and Technology had repeated the same mistakes as those in Qasmi’s case and had not perused the apex court’s judgement when sending the summary to the federal cabinet.

At the last hearing, the IHC CJ had observed that Bokhari’s appointment appeared to have been made in violation of the guidelines set by the SC, and had advised the counsel for the PTV chairman to peruse the decision that had set aside the appointment of Qasmi.

In Nov 2018, the Supreme Court had declared Qasmi’s appointment illegal. The court ordered the federal government to appoint a full-time managing director of PTV after fulfilling all legal, procedural and codal formalities strictly in accordance with the law.

The judgement had observed that public officials, particularly heads of ministries who were elected representatives of the people, owed their allegiance and loyalty to Pakistan, the Constitution and the law. They were obligated to act accordingly and without being influenced by extraneous considerations.

Public officials were not allowed to take decisions arbitrarily after circumventing the law and at their own whims to certain individuals, the judgement said.

“The federal cabinet did not take a clear decision on relaxing the age limit nor did you send the correct summary,” the IHC CJ said during today’s hearing, adding that “no one was above the law”.

The court added that it was sending the matter to the federal cabinet so that it could take a decision in light of the SC’s judgement.

However, the counsel for the ministry informed the court that the cabinet had approved the summary for the appointment of the PTV chairman.

“You should have informed the cabinet about the apex court’s decision. When you move a summary without doing so, you will also embarrass the cabinet,” Justice Minallah said.

“The court does not typically interfere in the executive’s decisions,” he added, directing the ministry to place the summary before the federal cabinet in order for it to review its decision.

The hearing was adjourned for two weeks.

While Abbasi challenged the appointment of Bokhari, Gujjar argued against the appointment of other members of the PTV board as well, including the acting managing director Shahira Shahid, retired Col Hassan Imad Mohammadi, Asad Ahmed Jaspal, Asghar Nadeem Syed and Waseem Raza Abid.

The lawyers termed the appointments in violation of various verdicts of the Supreme Court, including the one authored in the case of Qasmi, and the IHC that laid down guidelines for such appointments.

The petitioners said contrary to the direction of the apex court, the vacancy had not been advertised in the press and the appointment was made without inviting applications for the vacant position. They added that the federal cabinet had relaxed the upper age limit for 65-year-old Bokhari without mentioning a plausible reason in the minutes of the cabinet meeting.

Bokhari, who led the legal team of PTI chief Imran Khan in the Panama Papers leak case, was appointed the PTV chairman in November last year.

Interestingly, the appointment was made in apparent haste as the federal cabinet had in its meeting considered a summary for his appointment but did not endorse his induction as PTV chairman.

The cabinet had directed the Ministry of Information to “resubmit the summary, in line with the following observations: i) the composition of the Board shall be on the pattern of previous Board where independent directors/private sector members were in majority; ii) the appeal [against Islamabad High Court order of sacking Arshad Khan and other PTV directors] may be vigorously pursued and independent directors/private sector members from the previous Board shall be re-inducted in the new Board, where possible; and iii) Shahzada Naeem Bokhari be included in the Board and nominated as Chairman.”

The information ministry had submitted the summary for appointment of three independent directors of PTV, recommending Naeem Bokhari, chartered accountant Syed Waseem Raza and prominent writer Asghar Nadeem Syed as principal candidates. Bokhari and Asghar Nadeem Syed were over 65 years old and, therefore, the ministry had sought relaxation from the federal cabinet regarding their age.

However, in contradiction to the observations by the cabinet regarding resubmission of the summary for the appointment of directors and chairman of PTV, the information ministry on its own had notified Bokhari as chairman.

The notification read: “The federal government is pleased to appoint Shahzada Naeem Bokhari as Independent Director of Pakistan Television Corporation Board.”

It further stated: “The federal government has also approved nomination of Shahzada Naeem Bokhari as chairman PTVC Board in line with the Pakistan Television Corporation […]. The chairman shall, unless he resigns earlier, hold office for a period of 3 years. The board of directors, PTVC, is directed to ratify his nomination as chairman.”

LAHORE: Pakistan on Tuesday received the Geographical Indicator (GI) tag for its Basmati, paving the …