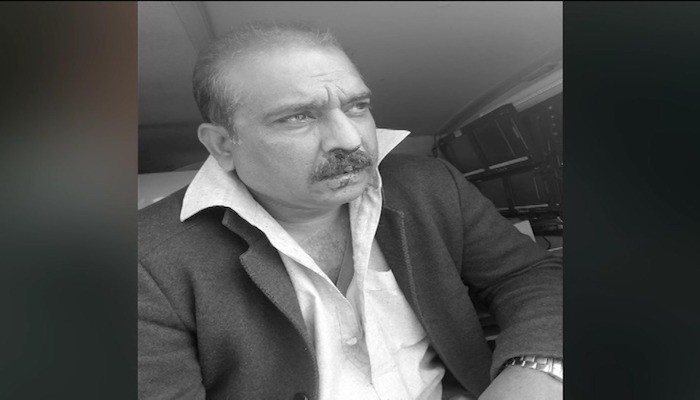 ISLAMABAD: A Geo News cameraman Nasir Mughal was beaten up while covering the Barrister Fahad Malik murder case outside an anti-terrorism court on Monday.

Mughal was attacked when he started making footage of the accused leaving the court.

The accused, who were handcuffed, and their lawyers attacked the cameraman, tearing his clothes and bruising his face. They snatched and broke his mobile phone too.

Accused Mohammad Hashim, Noman and Raja Arshad beat Mughal up in front of the police.

Later, the police said a medical examination of Mughal is being done.

The Islamabad police spokesperson said that an inquiry will be initiated against the accused for attacking the cameraman.

An application has been submitted to an Islamabad ATC judge against the assault.

Later in November 2018, the ATC in Islamabad indicted Raja Arshad, Noman Khokhar and Raja Hashim for the murder of Malik. However, all of them pleaded not guilty.