FIRs to be lodged over political gatherings, warns minister – Pakistan 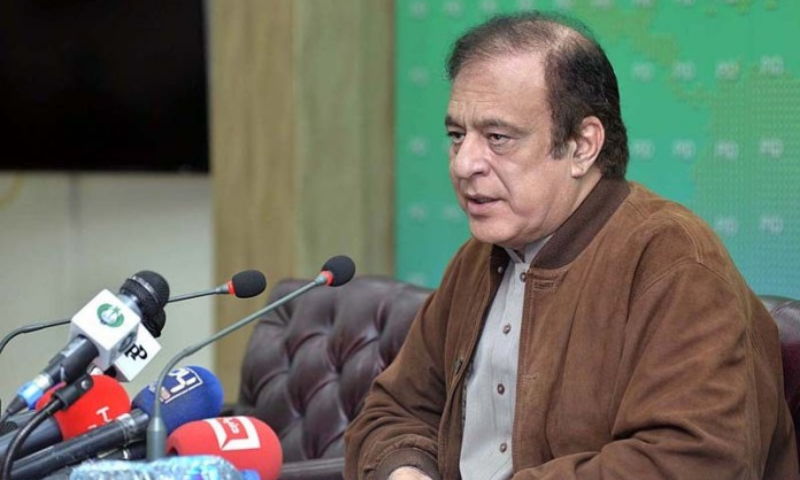 ISLAMABAD: As daily cases of Covid-19 surpassed 3,000 on Wednesday, federal Information Minister Shibli Faraz criticised the opposition parties’ boycott of a meeting of the parliamentary committee on the pandemic and announced that cases would be registered against organisers of political gatherings and the leaders attending these events.

The opposition parties, in line with their decision that they would not attend any meeting chaired by the National Assembly speaker due to his “biased attitude” in the house, stayed away from the meeting of the parliamentary panel. However, a dissident of the Awami National Party, Senator Sitara Ayaz, who had been expelled from the party after voting for Senate Chairman Sadiq Sanjrani, attended the meeting.

In a press conference, the information minister said: “Opposition members participated in the first four meetings of the committee but boycotted the fifth one. Members of the Pakistan Tehreek-i-Insaf and allied parties attended the meeting, in which the data of the National Command and Operation Centre (NCOC) was discussed to devise a strategy to combat the disease.”

“After the [PDM’s] public meeting in Peshawar failed, the opposition should avoid holding more public gatherings. We warn that first information reports (FIRs) will be registered against the organisers of public gatherings and political leaders over their participation,” the minister said.

Earlier NA Speaker Asad Qaiser while chairing the fifth meeting of the parliamentary committee on the pandemic at Parliament House, said considering the present state of the pandemic, the opposition irrespective of political differences should have attended the meeting to give its input.

Special Assistant to the Prime Minister on Health Dr Faisal Sultan told the committee about the comparison between the previous and latest figures related to Covid-19. He warned that the situation was alarming and the disease would cast devastating effects if the SOPs and decisions of the NCOC were not implemented in letter and spirit.

According to a statement issued by the National Assembly Secretariat, the members of the parliamentary committee reached a consensus that all political leadership ought to give a unified message to the public to adopt precautions to curtail the spread of Covid-19. They suggested implementation of the decision of the NCOC through administrative measures to stop large gatherings.

Meanwhile, the data released by the NCOC on Wednesday revealed that 3,009 people had tested positive and 59 lost their lives due to Covid-19 in a single day. As many as 303 of 1,801 ventilators allocated for Covid-19 patients are in use across the country. The number of active cases has reached 42,115.

A senior lawyer left the Supreme Court shell-shocked after he declared before a three-judge bench led by Chief Justice Gulzar Ahmed that he was suffering from Covid-19.

“I have contracted coronavirus yet I am appearing before your court,” said Barrister Adnan Khan who had come to represent his clients in a service-related matter before the bench.

Mr Khan replied that he had no choice but to appear before the court since only three days ago he had moved an application for adjournment of a case in a different court when he was diagnosed with the disease. But his request was rejected by the court. Thus taking it as a precedent, he thought he should appear in the Courtroom No. 1 to represent his clients.

The court asked the lawyer to leave the court immediately and said he could furnish his written arguments to plead his case. Subsequently the counsel left the courtroom.