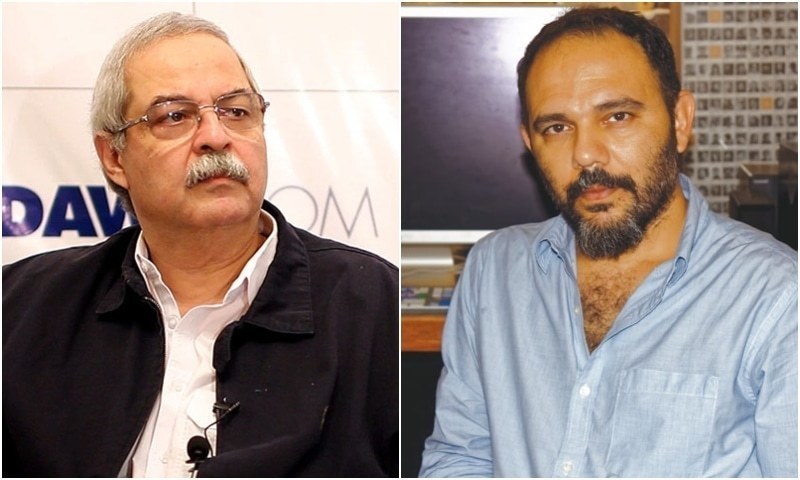 Filmmaker Jamshed Mahmood on Thursday shared a legal notice on Twitter addressed to Hameed Haroon, calling for the retraction of an earlier defamation notice Haroon had sent the filmmaker through his lawyer.

Last year in October, Jami came forward with the accusation that he was raped by a “media tycoon” 13 years ago and on December 28, named Dawn’s CEO as his alleged rapist. In response, Haroon had issued a statement categorically rejecting the rape accusations, saying he would initiate legal action.

Earlier this month, Haroon sent a legal notice to the director, popularly known as Jami, under Section 8 of the Defamation Ordinance 2002, asking for an unconditional public apology and retraction of rape allegations.

Haroon, in his notice, said Jami’s allegations were “levelled at the instigation of powerful interests in the state and society who […] wish to destroy our client’s credibility, especially his credibility as a leading advocate of the freedom of the press”. He further accused Jami of trying to “injure” his reputation.

The notice, filed by Jami’s counsel Siddiqui & Raza, said: “That it is imperative to inform your client that if he so wishes to further embark upon the unnecessary and futile exercise of harassing our client, note that our client is willing to contest the same, as several witnesses in whom our client confided, are willing to depose and testify against your client in any and all competent forums.”

Jami called for the withdrawal of Haroon’s legal notice within a week. Otherwise, the notice said, Jami had the right to initiate legal proceedings against Haroon and “if any coercive or adhesive action is taken by your client then the same will be defended at your client’s cost, risk and consequences”.

Haroon, who sent the filmmaker a notice on January 6, had demanded an apology from Jami within 14 days of receiving the notice failing which he would have the right to initiate civil and criminal legal proceedings against him.

Jami also denied Haroon’s allegations and termed them to be a “mendacious and facile attempt to silence the truth and malign” his reputation.

Responding to Haroon’s notice, which referred to a series of attacks on the Dawn Media Group offices during which some members of the mob carried pictures of Jami and made specific reference to his allegation, the
notice said their client had no connection with the attacks, and “wishes to unequivocally condemn the same act”.

Jami also outrightly rejected the accusation that he was part of a “larger agenda”, denying that his allegation against the Dawn CEO came after he was instigated by “powerful interests of state and society” as claimed by Haroon in his earlier notice.

“It is pertinent to mention, that you have throughout your legal notice accused our client of being part of a ‘larger agenda’. That lest the said larger agenda is the truth, our client in unequivocal terms denies the same,” read Jami’s legal notice.