Families wait in grief as identification of victims gets underway 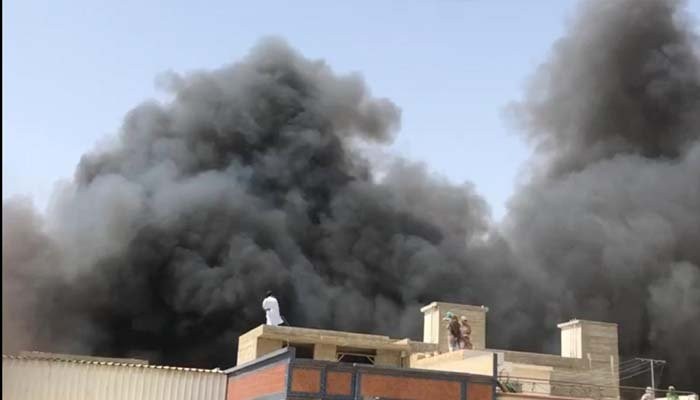 The incident, in a year already marred by the virus outbreak and the chaos related to it, has clouded any faint glimmer of happiness offered by the festival of Eid, with the nation sharing the grief of those who lost loved ones.

Many families had been on board the plane, hoping to reunite with loved ones for the Eid holidays.

Hailing from Waheedabad’s Gulbahar area, Waqas and his family lost their lives in the crash.

Their bereaved relatives said that Waqas, his wife Nida and son Aliyaan have already been identified, but two other children have not.

The relatives said that the deceased had been residing in Lahore for the past year.

The funeral prayers of the family will be performed after Zuhar today, they added.

Another citizen, also from Karachi’s Bahadurabad area, was identified as Saleem Qadri. The deceased had gone to Lahore in relation to his work.

Qadri and his son, Osama, both died in the crash, according to their relatives.

The deceased’s relatives said that the bodies were not in a condition to be identified and would be matched by DNA.

Karachi’s Mohammad Bashir was among the victims of the plane crash, his family said. His body has not been identified as yet.

The family members said that the deceased left behind a widow and three children.

Related: No survivors except 2 as rescuers finish accounting for passengers

Dilshad Begum, a resident of Kharadar, also lost her life in the crash. Her body has been identified, said the son.

Dilshad Begum had gone to Lahore two months ago to meet her children.

One of his cousins said that they do not have any information about the body as yet and have given their blood samples for a DNA match.

The family members of other deceased plane crew will be brought to Karachi today.

The families of four crew members will depart at 1pm from Lahore to Karachi.

It has been learnt that 48 other passengers, close relatives of the tragedy’s victims, are also coming to Karachi.

PIA has installed a counter at the Lahore airport to guide the bereaved families.

A total 97 people lost their lives in the crash, of which 19 have been identified so far. DNA matching is in process to identify more victims.

The Karachi-bound flight from Lahore had been seconds away from making an emergency landing at the Karachi airport when it crashed in the residential Jinnah Garden area near Model Colony in Malir, right outside the airport’s boundary wall.

Ninety-nine were aboard the plane when it crashed into a narrow residential street, dealing significant damage to houses in a densely populated area. Thankfully, there were no deaths on the ground.

Only two survived the crash — the chief executive of the Bank of Punjab and a young engineer.

Source Link: Families wait in grief as identification of victims gets underway