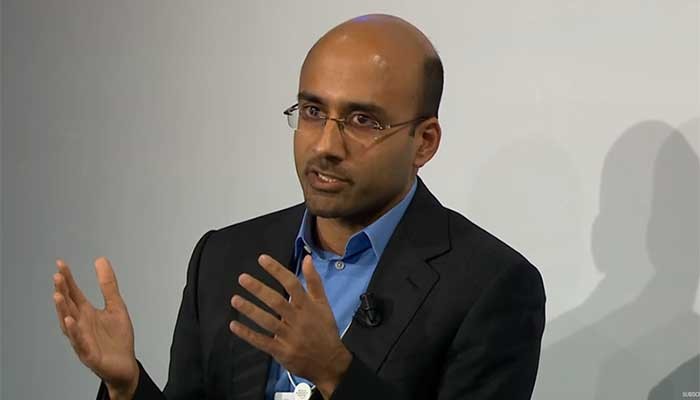 Celebrated economist Dr Atif R. Mian on Thursday said he is “sorry to report” that his virtual seminar for students in IBA Karachi has been cancelled.

The seminar, due on November 5, had to be put off due to what Dr Mian said were “threats that the university administration was facing from extremists”.

He wished the students of the varsity his “very best wishes and prayers”.

Soon after his announcement, Twitter was abuzz with messages of solidarity for Dr Mian.

Adnan Rasool, a professor of political science at University of Tennessee at Martin, called Dr Mian “a graceful and patient man”.

“You have shown more pose in the face [of] hate than most would ever in their lifetime,” he wrote.

Pakistan’s High Commissioner to Canada Wendy Gilmour said she is “very sorry” to hear the event had to be cancelled.

“An opportunity lost for the students and wider interested community,” she said.

The university, in a statement, apologised to all those who had been eagerly awaiting to participate in the seminar.

The lecture was to debate why economic growth has fallen behind in Pakistan.