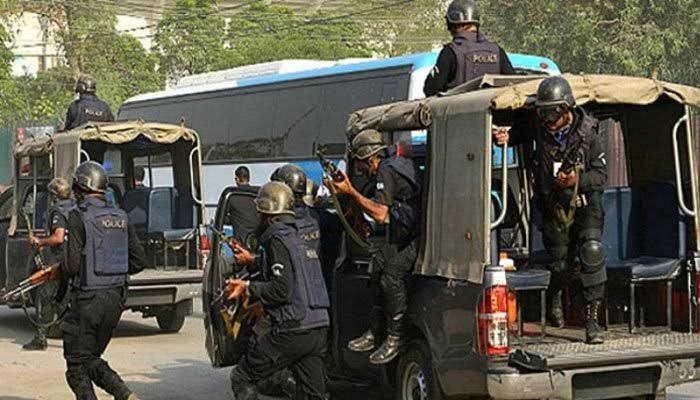 KARACHI: Two target-killers of the Muttahida Qaumi Movement-London (MQM-L) were arrested Friday during a raid by the Counter-Terrorism Department (CTD), police confirmed.

According to police, the arrested target-killers were involved in the 12 May carnage and were also said to be close aides of Hammad Siddiqui, an accused in Baldia fire case. They were suspect of involvement in arson and aerial firing on May 12, 2007.

The senior superintendent of police (SSP) for the CTD, Ghulam Sarwar Abro, said the department’s operation wing nabbed the two suspect during a raid near Karachi’s Nagan Chowrangi.

The arrested men were identified as Asad Ullah Khan and Muhammad Jan, aliases Inqilabi and Jaanu, respectively, SSP Abro said, and were involved in the targeted killing of at least six people.

The SSP added that the two used to kidnap and murder Pashto- and Urdu-speaking folks, put their bodies in a gunny sack, and throw those near Sharifabad Bridge.